Red Sea cables: How UK and US spy agencies listen to the Middle East 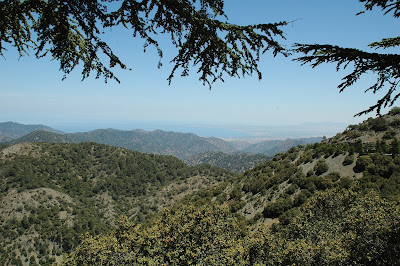 The Mediterranean viewed from the Troodos Mountains, Cyprus (Paul Cochrane)

“There is no question that, in the broadest sense, from Port Said [in Egypt] to Oman is one of the greatest areas for telecommunications traffic and therefore surveillance. Everything about the Middle East goes through that region except for the odd link through Turkey,” said Duncan Campbell, an investigative journalist specialising in surveillance since 1975.

The Five Eyes, a signals intelligence (SIGINT) alliance of the US, the UK, Canada, Australia and New Zealand, has been snooping on the Middle East since the network was formed during the Second World War.

The key players are the US’s National Security Agency (NSA), and the UK’s Government Communications Headquarters (GCHQ), utilising both known and secret facilities in the region to collect data.

The Middle East is a hotbed of surveillance for obvious reasons: its strategic political-economic importance, the Arab-Israeli conflict, and political divisions between the allies of the Five Eyes and their adversaries, from militant groups to countries such as Iran and Syria.

While all conventional forms of surveillance are carried out, from airspace surveillance to tapping phone lines, the region is a strategic asset for mass surveillance due to the current routes of fibre optic cables.

“The importance of cables is still largely unknown by the average person. They think smartphones are wireless and it goes through the air but they don’t realise it is through cables,” said Alan Mauldin, research director at telecommunications research firm TeleGeography in Washington.

Spy agencies have tapped into fibre optic cables to intercept vast volumes of data, from phone calls to the content of emails, to web browsing history and metadata. Financial, military and government data also passes through cables.

To read the rest go to: https://www.middleeasteye.net/news/red-sea-cables-how-us-uk-spy-agencies-listen-middle-east

Posted by Paul Cochrane at 9:22 AM