How Jordan brought its economic woes on itself


Mismanagement and corruption - not IMF-backed measures, refugees or drops in foreign aid - have caused the kingdom's problems, say analysts 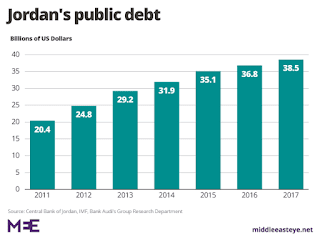 As protests continue in Jordan, the kingdom has put the blame for the economy’s lacklustre performance and controversial tax reforms on IMF-backed austerity measures and a drop in foreign aid.
But in reality, say analysts, the economy has been badly managed for decades, while significant amounts of government spending remain undisclosed.
A quick look at headline figures explains what sparked protests over the imposition of a new income tax and price hikes and has sustained them over a week despite the resignation of the government and the prime minister.
According to department of statistics data released this week, unemployment has hit a 25-year high at 18.4 percent, rising to 24.1 percent among university graduates – and these estimates are conservative. 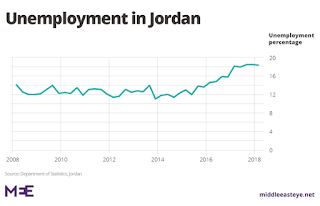 On top of that, inflation has doubled since 2006, raising the cost of everyday goods. At the end of May, the Economist Intelligence Unit declared Amman the most expensive city in the Arab world and 28th worldwide.