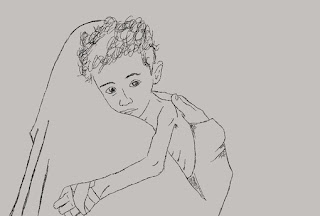 Europe has provided double the aid for the Syria conflict than for Yemen, despite selling $86.9 bn in arms to Saudi Arabia and the UAE. Geography is a major reason for less aid: to stop migrants.


The Syrian conflict will soon be into its ninth year, and the Yemen conflict into its fifth year. Both are major humanitarian disasters, with millions displaced amid unimaginable suffering. An estimated half a million have been killed in Syria, and over 100,000 in Yemen.
The West is deeply involved in both conflicts – supporting the opposition in Syria and the Kurdish areas, and providing arms and political support for the Saudi Arabian and Emirati led war on Yemen.
The humanitarian aid provided to both crises is indicative of where priorities, Europe’s in particular, lie.
From 2015 to 2018, the European Union (EU) and European countries have provided some $1.56 bn in aid to the UN Yemen Humanitarian Response Plan (YHRP), while providing roughly fifty percent more for Syria during the same period, $3.2 bn.
In 2018, $4.03 bn was pledged (globally) to the UN’s YHRP. This is less than half the amount pledged to the UN’s Syria Humanitarian Response Plan, $8.96 bn. Furthermore, the Syria campaign received more funding for 2018 than the entirety of the Yemen conflict, some $8.6 bn (2015-2018). Over the same period, $12.6 bn was pledged for Syria. This is a huge difference, despite the number of people affected in both conflicts being similar.

Read the rest at Counterpunch.org