Dubai, Switzerland, London: How the UAE became a smuggling hub for 'blood gold' 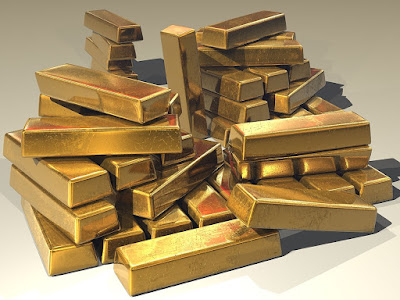 Middle East Eye: There are no mines under Dubai's sands with artisanal miners or children toiling away trying to strike gold. But there is the Dubai Gold Souk and refineries that vie with the largest global operations as the United Arab Emirates (UAE) strives to expand its position as a major gold hub.

In recent years, the UAE, with Dubai in particular, has established itself as one the largest and fastest-growing marketplaces for the precious metal, with imports rising by 58 percent per annum to more than $27bn in 2018, according to data collated by the Observatory for Economic Complexity.

With no local gold to tap, unlike neighbouring Saudi Arabia, the UAE has to import gold from wherever it can, whether it be legitimately, smuggled with no questions asked, sourced from conflict zones, or linked to organised crime.

Gold has become so important to Dubai's economy that it is the emirate's highest value external trade item, ahead of mobile phones, jewellery, petroleum products and diamonds, according to Dubai Customs.

And it is the UAE's largest export after oil, exporting $17.7bn in 2019. Gold's importance has only increased as Dubai's oil reserves have dwindled and the UAE has tried to diversify its economy.

To read the rest go to: https://www.middleeasteye.net/news/dubai-switzerland-london-how-uae-became-smuggling-hub-blood-gold