Middle East Eye
Saudi Arabia's move to slash prices, prompted by a row with Russia, could devastate its own revenues, derail its Vision 2030 plans and antagonise its allies. So why did Riyadh do it?
In 1985, US vice president George HW Bush visited Saudi Arabia to pressure the kingdom to flood the global market with cheap oil and squeeze the energy revenues of the Soviet Union.

The move pushed oil below $10 a barrel, reasserted Saudi Arabia's dominance as the world's top oil player, and dealt what some consider a crippling below to the ailing Cold War superpower.

Fast forward to March 2020, and an oil price war is being played once again, with consequences for Washington, Moscow and the entire global economy.
Recent production cuts agreed between Opec+ members, the global oil cartel, fell apart as Saudi Arabia clashed with Russia over prices and Riyadh raised production to 13 million barrels per day (bpd). The oil price dropped by 25 percent to $36 a barrel on Monday.

The move is considered a gambit by both Saudi Arabia and Russia, which did not want as deep a price cut as Riyadh, to counter the growing market share of the US shale industry.

"From the Russian point of view they are seeking a redistribution of market share, which is the same thing the Saudis want," said Theodore Karasik, a senior advisor to Gulf State Analytics, a Washington-based consultancy.

"This dance between the two is like a relationship between a separated couple; they are arguing over relationship dynamics and will soon recognise the market has adjusted to where they can sit down and clink glasses."

To read the rest go to: https://www.middleeasteye.net/news/oil-prices-how-saudi-arabia-gambit-russia-could-backfire-vision-2030

Want an all-expenses paid hajj? New Nigerian game show may be the ticket 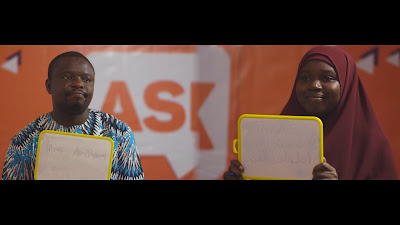 “It is a one-of-its-kind show, as there’s not a lot of content people consume that is spiritual but also entertaining. People want to go on hajj after Ramadan, so every night after finishing fasting they can watch someone play to win for hajj,” Sheriff Bakare, Founder and CEO of HalTV Africa told Salaam Gateway.
The game show is modeled on “Who Wants to Be a Millionaire?”, but instead of the general knowledge questions of the British show that went global in the late 1990s and early 2000s, participants have to answer Islam-themed questions. “There are questions related to Ramadan and general Islamic knowledge,” said Bakare.

Last year, HalTV ran a pilot project of the game show. “Two people got to go to hajj, a winner and a runner-up. This year we’re expanding it and hope to give people at least one hajj winner per night, God willing,” he said. Questions will also be asked on air for the TV audience to submit answers to win a trip for umrah or to Dubai.

To read the rest go to:  https://www.salaamgateway.com/story/want-an-all-expenses-paid-hajj-new-nigerian-game-show-may-be-the-ticket
Posted by Paul Cochrane at 9:23 AM 7 comments:

Seeking accountability and transparency: Is it time for global oversight of halal certification bodies?

Halal certification is big business. According to the Dubai-based International Halal Accreditation Forum (IHAF), the cost of certifying halal products is set to reach $1 billion by 2025. With demand for certification on the rise as the Islamic economy expands its offerings, from halal food to pharmaceuticals, cosmetics, and tourism, there is a need for halal certification bodies (HCBs) to be enablers of such an expanding market.

However, critics say the dominant HCB model is hindering rather than advancing the halal ecosystem, being driven by profit rather than consumer well-being and Islamic ethics, while in certain countries there are certification monopolies that are driving out competition in the sector.
Scandals have also emerged of certifiers and regulators refusing or delaying certification unless back-handers are paid.

“The majority of HCBs globally are for-profit and privately limited entities. That is a problem because there isn’t any accountability and transparency, unlike with, say, a publicly-listed company,” Moulana Navlakhi, Theological Director of the South African National Halaal Authority (SANHA), told Salaam Gateway.

To read the rest go to: https://www.salaamgateway.com/story/seeking-accountability-and-transparency-is-it-time-for-global-oversight-of-halal-certification-bodie
Posted by Paul Cochrane at 9:19 AM 4 comments: