The Gulf in terrorist finance control 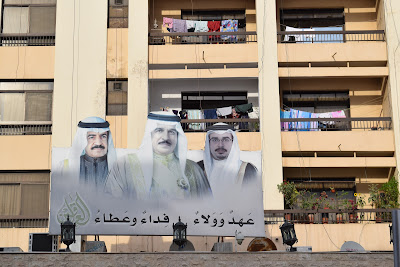 Arab Gulf governments are repeatedly accused of aiding terrorist financing on and, more often, off the record. Calls to get tough on these states have been side-lined by political and economic expediency, while Gulf moves to curb such funding have been lacklustre, with risks in prospect, reports Paul Cochrane, from Beirut.

Terrorist financing is continuing in the Middle East, highlighted by the devastating attack in Istanbul over the new year. Radical Islamic groups still operate in Iraq and Syria, notably the Islamic State, or ISIL (also known as ISIS), and their source of funding is a contentious issue.
Currently the issue is tied up with the Syria conflict due to the number of armed actors involved. On one side is the Syrian regime, backed by Moscow and Tehran. Iran, being a Shia Muslim republic, supports Hezbollah, the Shia Islamist militant group and political party based in Lebanon, which is deeply involved in the Syrian conflict. On the other side are the rebels, which include radical Sunni Muslim groups such as ISIL, Jabhat al Nusra (renamed Jabhat Fatah al-Sham in July 2016) and Al Qaeda, which are also under international sanctions.

The pro-regime Syria group claims Sunni terrorist organisations are funded by the six Gulf Cooperation Council (GCC), especially Saudi Arabia and Qatar – the other four being Bahrain, Kuwait, Qatar, Oman and the United Arab Emirates (UAE) and their allies, the United States, the UK and Turkey. But the GCC states deny any terrorism funding, although openly supporting rebel groups wanting to oust Syrian President Bashar Assad: so has the US government, which has joined Saudi Arabia in openly support Syrian rebels, along with the UK.

But while Syria and Iran have been labelled ‘state sponsors of terrorism’ by Washington, countries judged by the US Secretary of State to repeatedly support terrorist acts, with the US Senate on 1 December 2016 extending the Iran and Libya Sanctions Act of 1996 (ISLA) for another 10 years, the GCC states have not been rapped over the knuckles by the US or other international bodies over terrorist financing.

In private, however, more forthright opinions have been expressed: “We need to use our diplomatic and more traditional intelligence assets to bring pressure on the governments of Qatar and Saudi Arabia, which are providing clandestine financial and logistic support to ISIL and other radical Sunni groups in the region,” reads a leaked email between Secretary of State Hilary Clinton and John Podesta, a Counselor to President Barack Obama, dated 17 August 2014.

In 2009, another leaked Clinton memo stated: “Donors in Saudi Arabia constitute the most significant source of funding to Sunni terrorist groups worldwide.” It also said that the UAE was “a strategic gap” that terrorists can exploit, Qatar was “the worst in the region” on counterterrorism, and Kuwait “a key transit point”.

The US Treasury has kept quiet on the matter, with the emphasis on individual funders, not GCC governments. “The top US official for terror finance said in 2015 that Arab Gulf monarchies are the largest source of donations to Al Qaeda,” said Dr David Andrew Weinberg, Senior Fellow at the Foundation for Defense of Democracies in Washington DC.

He said the likely reasons were “the high concentration of millionaires and billionaires in that area, and “the intense religious currents in the region. Putting those two together seems a higher risk for terrorist financing incidents”.
This position is echoed by Dr Theodore Karasik, Senior Advisor at Dubai, UAE-based consultancy Gulf State Analytics (GSA). “The (GCC) governments do an excellent job of trying to halt (terrorist financing) activity but because of sympathies and also the inability for 100 percent border control, there are going to be leaks. These gaps need to be filled with more proactive action instead of reaction,” he said.

Meanwhile, the US Department of State’s March 2016 International Narcotics Control Strategy Report (INCSR) cites private individuals and charities as potential terrorist financers. Saudi Arabia, Qatar, Bahrain and Kuwait were all labelled a “Jurisdiction of Concern’, while the UAE was deemed a ‘Jurisdiction of Primary Concern’ and Oman a ‘Monitored Jurisdiction’ (lower risk).


Cynics say the unwillingness to act against the GCC states over terrorist financing is due to political expediency. GCC states, while hosting US and UK military facilities, are not only seen as long-standing allies, there is the allure of petrodollars (revenue from petroleum exports). “An important element of not seeing Gulf leaders put to task is that they are influential... and have a great deal of money,” the FDD’s Dr Weinberg said.

But ignoring GCC activities is counter-productive, David L. Phillips, Director of the Programme on Peace-building and Rights at Columbia University’s Institute for the Study of Human Rights, told MLB: “When you politicise the decision around sanctions you undermine the whole effort against terrorist financing. If it is [GCC] government policy [to support terrorism] then the US needs to react bilaterally,” and individual views also need considering, said Mr Phillips, a former senior adviser to the US State Department in Iraq.

Questions over US support for Syrian rebel groups finally led to a bill, introduced on 29 June 2016, to create the ‘Stop Terrorist Operational Resources and Money Act’ (STORM), aimed at “prohibit(ing) the US government from using American taxpayer dollars to provide funding, weapons, training, and intelligence support to groups like the Levant Front, Fursan al Ha and other allies of Jabhat Fateh al-Sham, al-Qaeda and ISIS, or to countries who are providing direct or indirect support to those same groups,” said the legislative text.


Meanwhile, the GCC states have certainly acted as if they are addressing CFT (combating the financing or terrorism) issues. In November 2014, they adopted the Manama Declaration on CFT, and were part of the 34-state Islamic coalition that signed the Jeddah Communique to fight terrorism – on 11 September 2014.
But critics say these moves and anti-money laundering (AML) regimes over the past 16 years have not been overly proactive. “I kept pounding the table over a decade ago to pay attention to the Gulf but little traction was taken. Since 2001, the region started to get its act together. The problem is, I have no sympathy any more as the infrastructure is there but what is lacking is enforcement and initiative. If the US or Britain goes to Saudi Arabia or Kuwait and says, ‘look into this’, they will, but will not do so from their own initiative,” said Board Adviser for the FDD’s Center on Sanctions and Illicit Finance ( C SIF), John Cassara.

The Jeddah Communique has also not been well enforced, argue experts: “The Gulf states pledged to combat terrorist financing and repudiate the ideology that underpins violent extremist groups but many have failed to follow up on this. I don’t believe Qatar and Kuwait have convicted anyone on the US on UN designation lists, which seems a clear violation of the Jeddah Communique,” said Weinberg.

GSA’s Dr Karasik points out a different mindset towards enforcing international regulations. “You don’t see it manifested in convictions but in a resignation or early retirement, or some action done on their terms, not dictated by outside,” he said. “Having said that, it does have an impact, as their continued move to compliance and transparency helps Arab states perform their (regulatory) transformation.”
A further challenge is that only three GCC states - Bahrain, the UAE and Saudi Arabia - have issued lists of terrorist organisations, Dr Weinberg said. “That further exacerbates the problem of identifying which groups are OK to be funded out of these jurisdictions.”


The banking sector has also fallen foul of terrorist financing. Six Arab banks have lost their correspondent (deposit) banking relationships with the US in recent years, the first a Saudi Arabian bank in 2013 – the Al Raji Bank. But this is less related to CFT regime concerns and more to do with increased compliance requirements on a range of AML-CFT rules laid down by the Financial Action Task Force (FATF) and the US government.

An Arab Monetary Fund study, published in September 2016, found that foreign banks were de-risking due to (in order of importance): lower overall risk appetite, legal and regulatory changes, lack of profitability in correspondent banking, sovereign credit risk ratings, and concerns about AML and CFT risks in Arab countries.

“Reputational risk was already a concern when foreign investors look at new investment opportunities in the GCC. Because of heightened US requirements for transparency and compliance, this type of action helps to illuminate potential terrorist financing in the region,” said Dr Karasik.

Moreover, given the ongoing good relations between the West and the GCC, there is not, at least yet, any major reputational risk concerns for foreign institutions dealing with the Gulf. “There will be pressure on de-risking but also ongoing pressure to seek money from GCC institutions. After the economic shocks in the US and Europe, and currently the refugee crisis, I don’t think de-risking is necessarily going to happen to the extent it should,” said Weinberg.

The FDD’s Mr Cassara, a former US Treasury special agent, agreed: “Right now I think there is nothing to worry about. Big banks in the region are doing what they need to do to adhere to international norms from FATF and the US. Could I see a shift? Yes. But nobody knows what is going to happen with the new (Donald) Trump administration.”