The Hashemite Kingdom presents as a haven of calm in a region beset by conflict but all is not as financially clean as the image suggests, reports Paul Cochrane from Beirut. 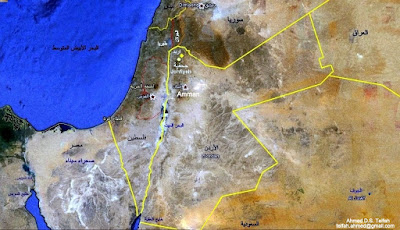 WHILE Jordan usually has a reputation for reliability, security and stability, the truth is that the Hashemite Kingdom is behind the compliance curve as regards anti-money laundering (AML) and combating the financing of terrorism (CFT) compared to many of its Middle Eastern peers. Jordan’s government only upgraded outdated anti-money laundering and counter terrorist financing legislation in 2015. Better late than never but the country faces numerous problems, ranging from regional instability and economic malaise, to smuggling, money laundering and corruption. Furthermore, up to 4,000 Jordanians are fighting with the Islamic State group in neighbouring Syria and Iraq, a fact which brings serious terror financing risks in its wake.

Jordan has garnered minimal critical attention from the Financial Action Task Force (FATF) thus far; it is not considered ‘a jurisdiction of primary concern’ by the US, nor is it included in the US State Department’s 2017 International Narcotics Control Strategy Report (INCSR), despite its location in a difficult neighbourhood.(1) The Hashemite Kingdom borders two countries in conflict, Iraq and Syria, while its other three neighbours - Saudi Arabia, Egypt and Israel/the Occupied Palestinian Territories - also have serious terrorism and money laundering problems.

It may be a surprise, therefore, that Jordan only amended its AML/CFT law in January 2015. The last evaluation report, in 2013, by regional FATF-style body, the Middle East and North Africa Financial Action Task Force (MENAFATF), found the country to be non-compliant and partially compliant with 36 of FATF’s 40 Recommendations and 9 Special Recommendations (overall 12 were non-compliant). (2)

In part, Jordan has escaped the spotlight by virtue of not being a major regional banking centre, unlike the Gulf countries, Lebanon or Egypt. But it is not a minnow – the country has 16 commercial and Islamic banks and nine foreign banks, and the financial sector is closely tied to Saudi Arabia. The country’s leading bank, Arab Bank, dominates the sector, with assets exceeding USD46 billion out of a USD68.2 billion total at the end of 2016, according to Central Bank of Jordan data. (3)

“If you control Arab Bank, you control the [Jordanian] financial sector. The whole banking sector is owned by Saudi interests, which runs the public debt,” said Tariq Tell, a Jordanian professor of politics at the American University of Beirut, in Lebanon.

Such linkages have led experts to conclude that while Jordan is not a high risk ML/TF jurisdiction, neither is it low risk. The 2016 Basel Anti-Money Laundering (AML) Index ranked Jordan third in the Arab world and 35th internationally. As such, it is a middle risk jurisdiction, but somehow, when it comes to many global banks, Jordan still is not a particularly high concern from a sanctions and AML perspective, noted Eric Lorber, a lawyer at the Financial Integrity Network in Washington DC, who advises financial institutions on US Office of Foreign Assets Control (OFAC) matters. “It doesn’t raise that many red flags, certainly for European or East Asian banks,” he said. “Compared to the United Arab Emirates or other jurisdictions, Jordan presents a lower risk, but also because Jordan is a close ally of the United States, like being part of the coalition against the Islamic State (IS) or being supportive of Israel, so there is a political component at play there.”

Riad al Khouri, director - Middle East at political risk adviser GeoEconomica GmbH in Amman, agrees that geopolitics is one reason why Jordan gets something of an AML pass. Jordan has no energy reserves, with its USD38.7 billion economy dependent on mining, tourism, services and manufacturing. To ensure its survival, Jordan has had to rely on the political and financial support of the Arab Gulf countries and the US, with the latter providing USD$1.25 billion in bilateral aid in 2016.

“The American empire inherited Jordan (from the British) and regards Jordan as a strategic asset, in particular for the defence of Israel. As long as Jordan is supportive, it can get away with many things, including money laundering,” said al Khouri.

The upgraded AML law has improved compliance within banks, said Oraib Rantawi, director of the Amman-based Al Quds Centre for Political Studies. “There are serious restrictions now with money transfers, and a serious verification process [of clients] under the authority of the Central Bank of Jordan (CBJ),” he explained. The amended legislation is designed to bring Jordanian law into line with FATF standards, such as controls on politically exposed persons (PEPs) and terrorist financing. It also insists that AML/CFT reporting entities adopt a risk-based approach. The new laws also requires all civil society, charitable and non-governmental organisations (NGOs) to make suspicious transaction reports to Jordan’s financial intelligence unit (FIU), the Central Bank of Jordan’s Anti Money Laundering and Counter Terrorist Financing Unit, which operates under the authority of a National Committee for Anti-Money Laundering and Terrorism Funding, headed by the CBJ governor.


A representative of the Jordan Anti-Corruption Commission now sits on the national AML/CFT committee. The FIU is able to conduct investigations into suspicious transactions, in cooperation with Jordanian law enforcement. The law means that civil society organisations “have to declare where they get money from,” Rantawi remarked.

But while due diligence obligations have been reinforced by the new legislation, corruption and cronyism linked to the royal family and its circle remains less regulated, claimed Khouri. “If, today, you want to transfer USD5 million to a newly opened account in Amman, you’d have questions you may not have had 20 years ago, but to send a large amount of money to government officials, you can cross the border with a suitcase,” said Khouri.

And such problems have been noticed. Jordan dropped five points in Transparency International’s 2016 Corruption Perceptions Index from 2015, ranked 57 out of 176 countries, with an overall score of 48 out of 100 points. Tariq Tell was not surprised, commenting: “It is a garrison state because of kleptocracy, massive corruption and 30 years of major economic crisis.”

Meanwhile, there have been few convictions for money laundering. While the number of suspicious transaction reports (STRs) increased by 48 percent in 2015 compared to the previous year, there were no prosecutions for money laundering in the 12 months; it is not known if there were any in 2016. The CBJ’s Anti Money Laundering and Counter Terrorist Finance Unit has not yet released STR filing data for 2016.

Despite the lack of official data, money laundering is considered to be pervasive in Jordan: “Everyone thinks there is massive money laundering going on as we’ve no idea where a lot of money comes from,” said Tell. “There are a lot of secondary networks through the Gulf and from Iraq to Jordanian banks. Jordan is a staging post to cash in on deals.”

Indeed, Jordan became a hub for Iraqi cash in the 1990s due to the US and United Nations (UN) sanctions on Iraq, and the UN’s Oil-for-Food Programme, which began in 1996. The programme ended with the US invasion of Iraq in 2003, while a UN investigation accused nearly half of the 4,500 companies involved of paying illegal kickbacks and surcharges to get contracts.(5)


The networks established during this period have remained in place, especially with the autonomous Kurdistan Region in northern Iraq, bolstered by the influx of Iraqi refugees from 2003 onwards.

“Since the 1990s, money laundering has been important in financing Jordan’s economy. I’d say the single most important source is Iraq, then Russia. Since 2011, there is Syria,” said Khouri.

Jordan is currently hosting some 655,399 Syrian refugees registered with the UN. Adding in unregistered refugees, Syrians currently account for an estimated 10% of the 8 million population. Jordan has banned its residents and companies from using the Syrian banking sector and applies restrictions on Syrians opening bank accounts.

Smuggling is also a problem, increasing Jordan’s exposure to money laundering with smugglers utilising tribal networks with the Iraqi, Saudi and Syrian borders, and over the Red Sea onto Egypt’s Sinai Peninsula. “We have long borders and desert, so there’s many ways to smuggle, but the good news is there’s limited opportunities to use this cash at a larger scale as it draws the attention of the authorities,” said Rantawi.

Reports that Yemeni Houthis, which are fighting against Saudi-backed Yemeni forces, were using Jordan in 2015 to launder money have been dismissed by the government, however. Flights between the two countries have stopped, said Rantawi, adding: “We have our own security concerns”.

And yes, despite its comparative stability, the conflicts in Iraq and Syria have impacted Jordan, with six terrorist attacks linked to the Islamic State in 2016. The most high-profile was in December, when 10 people were killed in a shootout with Jordanian members of an IS affiliated cell at Kerak Castle, a crusader fortress south of Amman. “It was the worst year for the past decade. At the end of the day we’re in the midst of a chaotic region with Al-Nusra Front and the Islamic State surrounding Jordan,” said Rantawi.

Independent Jordanian reports estimate that between 2,000 to 4,000 Jordanians have joined the Islamic State since 2013, the second highest participation of foreign fighters by nationality after Tunisia. (6)

With Jordan part of the US-led coalition against IS, Amman is concerned about repercussions within the kingdom, especially if IS fighters return home. “There will be huge blowback. Jordan is on the front line of the war on terror, and there’s a problem in their own backyard,” said Tell.

And while IS is heightening terrorism concerns, there is a long presence of Islamic extremism in the country, which dates back to the 1980s, while Abu Musab al-Zarqawi, a Jordanian, was the alleged founder of Al Qaeda in Iraq. “Al-Zarqawi was a rock star of Islamic terror and he had very strong support [here]. ISIS has complicated the picture,” said Khouri.

There are also concerns about terrorist financing connected to Palestinian political parties such as Hamas. The Arab Bank was found liable in 2014 under the US Anti-Terrorist Act for knowingly providing assistance to Hamas, which the US considers a terrorist organisation. A full settlement is still pending.

“The Palestinian angle makes [Jordan’s] compliance picture more vulnerable,” added Khouri. “The overall situation is not good. There is terrorist financing, certainly money laundering, and finally compliance is not as strong as the US or Jordan wants.”


3) A consortium of Arab and Jordanian investors acquired a 20% stake in the Arab Bank Group for USD1.12 billion from Oger Middle East Holding, part of Lebanon’s political-business dynasty, the Hariri family, in February 2017. The bank has assets of more than USD46 billion and 600 branches on five continents. - http://www.reuters.com/article/arab-bank-jo-equity-idUSL5N1FT3TS

Fayad said...
This comment has been removed by a blog administrator.
1:32 AM