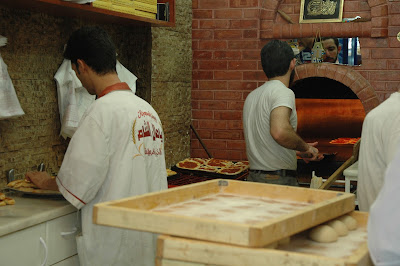 
As Syria’s conflict continues, its livestock sector weakens. Now facing a fifth year of civil war, livestock levels are down on even on 2014’s paltry levels, with the sector facing a shortage of fodder, veterinary vaccines and available pastureland.
According to a United Nations’ Food & Agriculture Organisation (FAO) and World Food Programme (WFP) report released in July 2015, food production in Syria "remains way below its pre-­crisis levels as the ongoing conflict continues to push more people into hunger and poverty".
The report was based on a food security assessment mission, estimating the country has lost 40% of its sheep and goats, 30% of its cattle and 50% of its poultry, compared to 2011. "We don’t have actual figures or estimates as the assessment was not as quantitative as it should be and was largely based on semi­-structured interviews, cross-­checking and informal discussions, while substantial areas were inaccessible,” said Markos Tibbo, FAO livestock officer for the Near East and North Africa. “But the situation has not improved (since 2014), it has only become worse."
The impact of the conflict on livestock varies throughout the country, depending on conflict zones and if the government is in control. In October, Syrian newspapers quoted the government’s director of agriculture for Damascus and its surrounding countryside, saying the livestock sector in his region had lost around $105m a year since 2011, with the number of sheep, cows and goats down by more than 60%.

In state­ controlled areas, the government is trying to impose price controls. London­ based Arabic daily Al Araby Al Jadeed reported in August that according to the state­-run General Organisation for Poultry (GOP), a kilo of chicken sells in government­ controlled areas for Syrian pounds SYP900 ($4.70). The price doubles in rebel­ held areas, while a kilogram of mutton sells for SYP3,800 ($20) in regime­ controlled Damascus, and SYP2,800 ($14.82) in rebel­ occupied north western Syria.
The GOP said that theft was a major problem, with up to 100,000 stolen chickens being sold every week in uncontrolled areas. High fodder, fuel and electricity prices have caused prices for chicks to double.
Livestock levels have plummeted due to the lack of fodder, available pastureland and a shortfall in imports due to the sanctions, while vaccine production has been devastated. Rebel groups have also been exporting livestock to fund militant operations, according to Al Araby Al Jadeed.

According to the FAO, Syrian wheat production in 2015, estimated at 2.445 million tonnes (t), looks set to be better than last year but is still 40% lower than in 2011, with the country facing an annual wheat deficit of 800,000t. “If you look at the sector as a whole, because of the crisis, livestock owners have moved from insecure areas, some bringing their livestock with them, others selling them or simply abandoning them,” said Tibbo. “There has been increased slaughter of female animals because of the difficultly and expensive of maintaining them, and partly because of the fear of theft.”
The lack of safe pastureland has raised the risk of disease. “This facilitates disease transmission, not only animals living in close proximity, but mixing animals from different parts of country creates a conducive environment for disease to spread,” said Tibbo. “It is really hard to get vaccines, and unless the cold chain is maintained, which is difficult in the current environment ­ the vaccines are useless.”