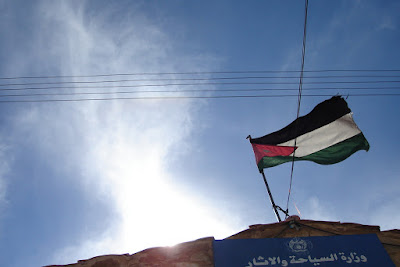 The conflict in Syria has seriously impacted trade and business in the Levant. The millions of Syrian refugees that have fled to neighbouring Lebanon and Jordan are putting economies under serious strain, causing the authorities to turn a blind eye to illicit trade and unregulated business. Paul Cochrane reports from Beirut and Amman.

There is no doubt that Syria’s civil war, which erupted in 2011 and is now into its fifth year, has harmed the economies of neighbours Lebanon and Jordan, increasing their exposure to commercial crime. Trade routes that had transited Syria to and from Turkey, Europe and the Gulf states have been cut off, and instability has warded off tourists, an important revenue earner for both countries.
According to the United Nations, the Syrian crisis has cost Jordan more than $5 billion in economic losses, while a World Bank report from 2013 estimated that the Lebanese economy would incur a cost of $7.5 billion by end 2014 as a result of the conflict.
Lebanon, a country of 4.5 million, has taken in over 1.5 million Syrian refugees, and Jordan, with a population of 6.6 million, has 937,830 registered refugees, according to the UN High Commissioner for Refugees (UNHCR) office. Both countries are proverbially splitting at the seams from the refugee influx, with infrastructure and government services overburdened and investors hesitant to invest with a conflict next door, which includes the notorious Islamic State.
“The crisis is hindering competitiveness, affecting productivity and not creating income for companies already going through the impact of the (global) financial crisis and the slowdown in the overall economy. For Jordan, it has also created an unexpected burden on infrastructure, which was established, hypothetically, for 5 million people, but has reached more than our estimates for 2020, or by 2030,” said Hana Uraidi, CEO of the Jordan Enterprise Development Corporation (JEDCO).

With 80% of Syrian refugees living outside of camps in Jordan, and there being no official camps in Lebanon at all, refugees have had to rely on aid agencies or seek employment to survive. This has driven down wages among the lower social-economic groups with, for instance, agriculture wages in Lebanon down by 50% over the past four years, according to the UN. This means that not only have some refugees been tempted to turn to crime to earn a living, but law breaking has become more attractive to agricultural workers whose pay packets have dwindled.
Both governments are restricting employment to Syrians unless they are able to get official work permits. “To have a commercial business you have to be Jordanian or have a partner, split fifty-fifty, with a minimum capital requirement. Many cannot meet that, so they set up unregistered businesses or under the name of a Jordanian, and sign side contracts,” said an Amman-based commercial lawyer that wanted anonymity.

The refugee influx, equivalent to around 20% or more of both countries' populations, and the lack of government support due to high debt levels, has pushed the authorities to turn a blind eye to the grey as well as black markets to keep people employed and prevent social unrest. “(Jordanian) government enforcement is on and off. They know the situation; that people need to live. They are not going after them but not making life easy at the same time. It is difficult to balance humanity with law enforcement,” added the lawyer.
A member of Lebanon's Internal Security Force (ISF) – the country's police – said off-the-record that commercial crime and intellectual property right infringement is not a top priority in the current environment, it is security. Lebanon has to deal with a porous northern and eastern border, with Islamic State (IS) and other rebel groups on the other side, while there have been several bombings linked to Islamist militants in recent years, the latest in early November (2015) in Beirut's southern suburbs. “We are trying to prevent smuggling, of course, but security and counter-terrorism comes first,” added the ISF officer.

That said, crime statistics are elusive and there is no statistical proof of a major up-tick in commercial crime within Jordan and Lebanon due to the crisis, although smuggling of goods to and from Syria has certainly increased and can be demonstrated. The smuggling of tobacco in particular has risen, according to the Lebanese authorities, while there has been a number of high profile seizures of Captagon, a pharmaceutical amphetamine drug which is manufactured illegally in Lebanon and exported to Syria and the Gulf.
There has also been a rise in Syrians acquiring passports through semi-official means, with a Jordanian passport selling for up to $500,000. In Lebanon, some 600 Syrians have managed to buy Lebanese citizenship following former President Michel Sleiman's departure from office in late May 2014 – the Lebanon parliament has yet to approve a replacement head of state. This is according to a UN source involved in Syria's planned reconstruction, by paying between $70,000 and $150,000.
Such passport acquisitions by Syrians, and the international sanctions on Syria and designated individuals, has led to a spike in due diligence investigations on Lebanese, Jordanian and Syrian companies, according to a Beirut lawyer who also wanted anonymity.
He added that the Syria sanctions are a major concern for the Lebanese and Jordanian governments so that financial and commercial interests do not fall foul of international regulators.

Transportation through Syria is a particular challenge for Lebanese and Jordanian companies due to the rebel controlled areas demanding transit fees for safe passage. According to the lawyer, Islamic State militants are charging between $2,000 to $5,000 for a truck, depending on the cargo, to pass through their areas, even providing receipts embossed with the Islamic State's logo. Such payments are clearly a form of bribe that has to be written-off through creative book-keeping – if governments are even checking.
“If you have to pay (a non-state actor) to transport goods, that could be seen as a commercial crime, as well as being an additional cost of business. But if the state is essentially limited in its functions, how much of a priority is it to check the account books of companies?” queried Karl Lallerstedt, programme director for illicit trade and financial and economic crime, at the Switzerland -based Global Initiative against Transnational Organised Crime.
A particular issue with assessing commercial and organised crime in the Levant is that the international regulatory and policy focus has been on countering the financing of the Islamic State and helping or hindering other Syrian rebel groups. Such high profile media and regulatory attention has meant less focus on curbing other financial and commercial crimes.
“A challenge is that illicit trade and organised crime is an ongoing problem, a dripping problem so an innate challenge, as opposed to more extreme cases like the Islamic State. The underlying data is so limited, it is harder to motivate action,” unlike against the Islamic State, added Lallerstedt.

Photo by Ibrahim Owais via Wikicommons
Posted by Paul Cochrane at 6:34 PM