The UAE is encouraging the development of non-militaristic drones. 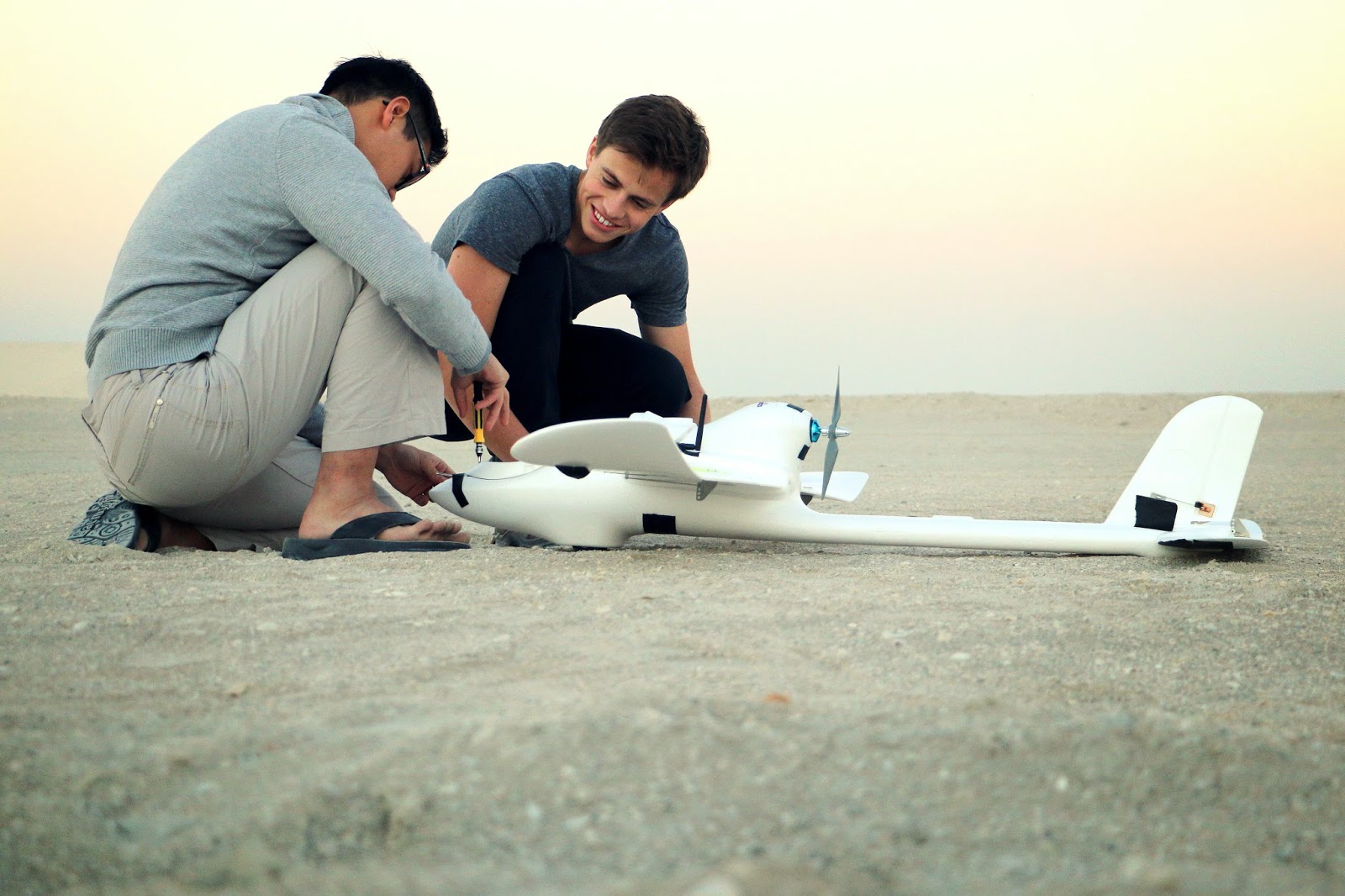 
Drones, or Unmanned Aerial Vehicles (UAVs), have a reputation problem. Media attention has overwhelmingly focused on military use, particularly the United States’ controversial use of UAVs for extra-judicial assassinations, the circumvention of sovereign airspace, and the ‘collateral damage’ of civilians killed in Pakistan, Yemen and elsewhere. Indeed, the mosquito like buzzing of overhead drones is a source of nightmares for some, fearing death from the sky. Surveillance drones are also viewed with suspicion, while the unlicensed use of off-the-shelf UAVs is causing regulatory issues in multiple jurisdictions.
To counter such militaristic and ‘Big Brother’ type uses of UAVs, the United Arab Emirates launched the Drones for Good Award last year to push the development of drones for civil and peaceful purposes. The largest event of its kind globally, the tournament attracted over 800 applications.
In the Middle East, Saudi Arabia topped the list with 18 entries, followed by Egypt with eight entries, while other entries came from Jordan, Lebanon, Qatar, Algeria, Libya, Sudan, and Tunisia.
Some of the more interesting ideas submitted included a drone that can transfer organs for transplant from donor centers to the receiver in the shortest period of time, a drone that can eliminate fog from the atmosphere in an environmental friendly way, and a project that makes detection of land mines efficient and safe.
Awards were given along three categories: Government, National and International. Local telecom provider Etisalat won the Government award with its Network Drone, which can expand GSM network coverage vis UAVs during emergencies and disaster relief.

Patrick Thevoz, co-founder and CEO of Flyability in Switzerland, won US$1 million in the International category for Gimball, a lightweight, spherical collision-proof drone for search and rescue. A failing of search and rescue drones, indoor and out, has been censors’ blind spots, leading to crashes or damage to the drone. Gimball can collide with an object and keep on going, enabling the drone to enter restricted areas with numerous obstacles bolstering search and rescue capabilities.
While the US military is researching the use of insects’ exoskeletons for adaption in robots and as body armor, Thevoz utilized millions of years of insect evolution as an inspiration. “Insects don’t have a protective cage, so Gimball is not mimicking how insects fly but how to collide and continue flying without falling,” he said.
Already, Flyability has garnered interest from customers in Europe and the US with an aim to make the drone widely available in 2016. “There are a lot of drones with protective cages, but the separate aspect of the drone and its protection, we’ve not seen that flying anywhere so far (…),” he added. 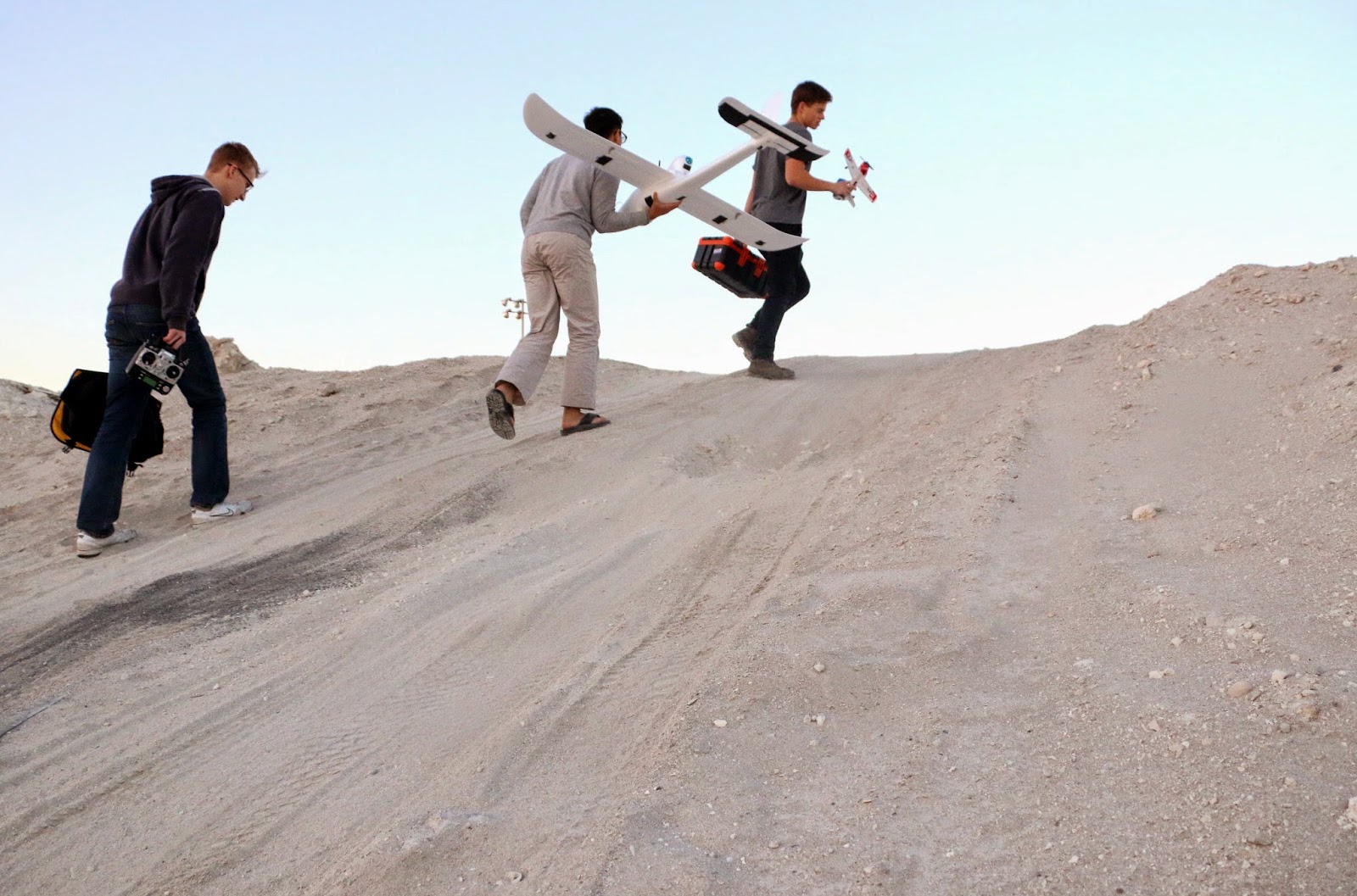 Wadi Drone won the AED 1 million ($272,253) National prize, developed by four students at the New York University in Abu Dhabi, overseen by Matt Karau, a visiting instructor and research associate. The drone is a fixed wing airplane with a 2.5-meter wingspan carrying a small communications payload that retrieves information from ground-based scientific measurement devices including camera traps. Covering Wadi Wurayah National Park in the Emirate of Fujairah, the drone is able to fly for up to 40 kilometers and collects data from 120 camera traps that photograph wild animals, and gathers images of flora and fauna to aid research and monitoring by park rangers and conservationists.
“We sought to design something that respects the sensitivities of the Gulf, so there is no camera on the plane itself – no aerial photography – which rings alarm bells in many parts of the world,” said Karau.

While drones are already used for conservation purposes, there are many gaps in available technology that the team chose to develop. The drone is a Mobile Ubiquitous Land Extension (MULE), which carries a computer onboard to create a data communication link with the remote areas. While the concept of a data MULE is not new, “nobody put a data MULE and conservation together in a specific application,” such as for retrieving photographs in remote locations, said said Martin Slosar“Rangers have to hike three days to get these (camera) SD cards, and in the summer use a helicopter that costs 100,000 AED ($27,000) a day to employ,” he added.
The team’s non-urban setting will help them develop the concept further, as ironically in March 2015, Abu Dhabi banned the sale of recreational drones. New legislation is underway, and drone developers are slated to engage with the government to get the right balance between recreational use and development.

The Drones for Good Award has certainly sparked more interest in drone technology and related development. With 2015 designated by the UAE government as an innovation year, the success of the awards gave rise to another upcoming competition, the Artificial Intelligence (AI) & Robotics Award for Good, which was launched in February 2015 with the aim of improving government services for citizens through combining robotics, AI, and technology. The award is to take place at the 2016 Government Summit in Dubai.
As with drones, the competition’s aim is to show that AI and robotics are more than just for militaristic and surveillance purposes as they can be applied real for positive good in society and nature.

Posted by Paul Cochrane at 6:12 PM