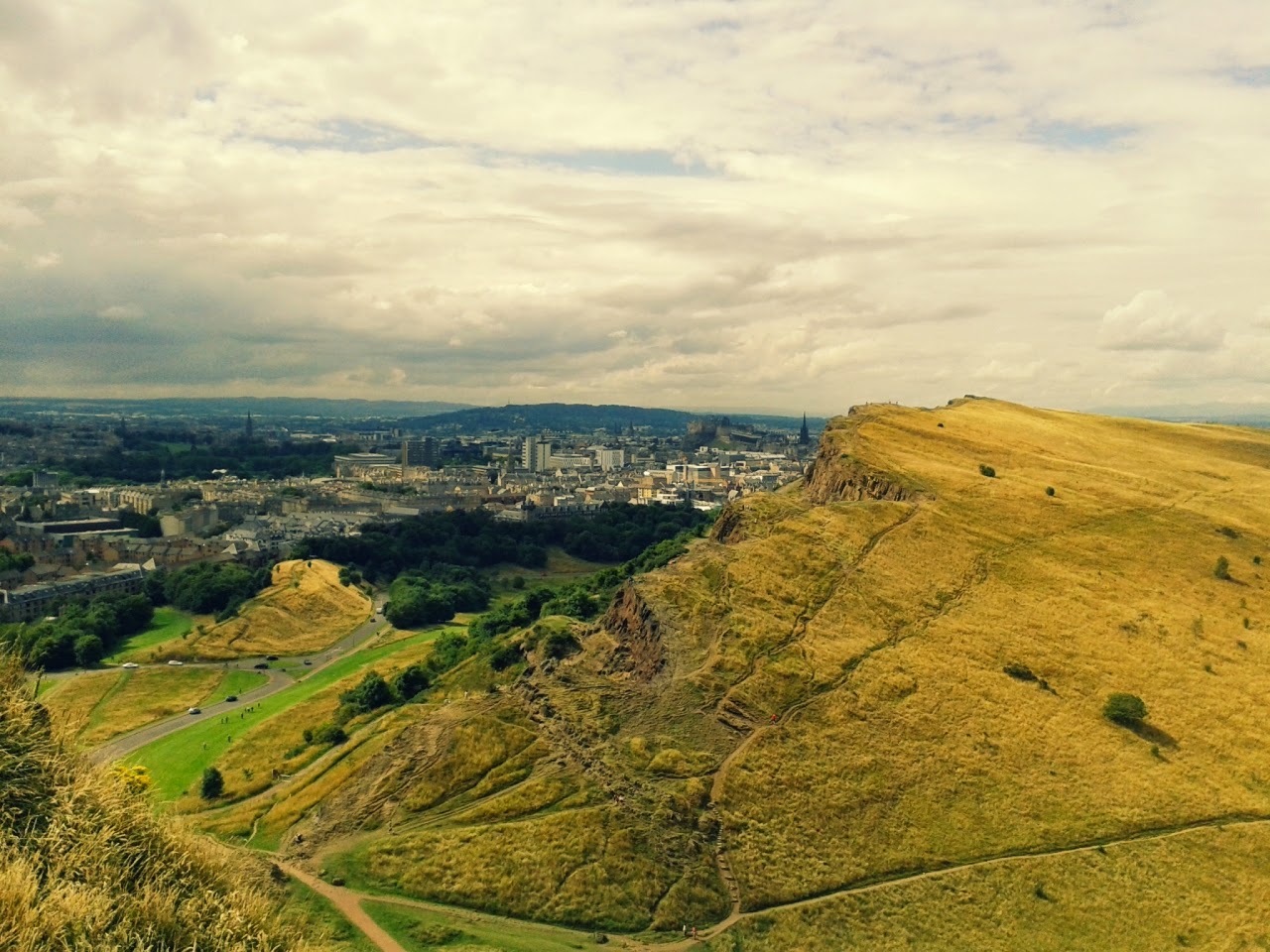 
The United Kingdom of Great Britain and Northern Ireland, to use its full title, is facing its biggest internal threat as a geographical and political entity since the Republic of Ireland was formed in 1922. On Thursday, 18 September, Scotland will vote on independence.
If the outcome is 'yes' – the independence campaign's upbeat slogan – then it will end 300 years of political union – the United Kingdom (UK) – and Scotland will stand alone as a new nation as of March 2016. If the 'no' vote wins – London's slogans are “No Thanks” and “Better Together” - then the union will remain, although the issues raised by the referendum will mean it will not be totally 'back-to-business as usual'.
The independence vote has been four years in coming since the Scottish National Party (SNP) formed a majority government in the Scottish Parliament (created in 1999 with certain powers devolved from London) and announced plans for the referendum, which, as the party's name suggests, has long been a policy objective.
The battle for hearts and minds only really started playing out over the past year, and heated up in recent months as Alex Salmond, the Scottish Premier, set out his arguments for Scotland as a “Northern Light” with progressive social policies and a thriving economy, while London pushed their position. Prime Minister David Cameron told Scottish voters this past week: “Let's stick together...There's no going back from this. No re-run. If Scotland votes 'yes' the UK will split and we will go our separate ways forever.”
Until last week, the 'No' campaign was winning in the polls. But the latest YouGov poll shows that the vote will be on a knife's edge, with the 'Yes' vote getting 51 percent for the first time in the campaign. It is certainly proving to be an issue that the Scottish public is keen to vote on, with 97 percent of eligible voters enrolled, the highest ever, and indicating a higher voter turnout than for the British general election in 2010 (65 percent), the Scottish Parliamentary elections in 2011 (45 percent) or the voter turnout for the European elections in the UK in May (36 percent).
Such high political engagement by the Scots reflects the seriousness the possibility of independence is being taken. As the quote from Cameron shows, this is a major decision that cannot be easily reversed, if at all.

London argues that Scotland will stand to lose significantly by not being in the union, primarily losing out economically but also on the global stage. This is what London has focused on its “Better Together” campaign, stating that Scotland would not be able to retain the Pound Sterling as a currency if there is independence, that financial institutions and capital would flee the capital Edinburgh for London, and implying that the new country would not be economically viable.
The 'Yes' campaigners of course argue otherwise, that Scotland would be a viable country with a highly educated population of 5.3 million people – England has 59 million – and a USD$211 billion economy which includes a sizeable financial sector, cutting-edge technology and research, oil revenues from the North Sea, tourism and whisky (USD$7 bn).
It is not just economics that has raised questions and been a cause for argument. Foreign policy and military defence have been major points of discussion, particularly as such decisions are made in London and not Edinburgh. While the Scottish parliament acquired more local powers since 1999, it is London making crucial decisions that is a driving force for the Yes voters.
Of the 650 members of parliament (MPs) currently in the Westminster Parliament, 59 represent Scottish seats. With the Conservative (Tory) party in power, Scots feels even more sidelined as the Tory party is popular in England but not at all in Scotland (just one seat). This is accompanied by nationalistic sentiment and the troubled, bloody history of England and Scotland for hundreds of years that ended in the union of 1707. In short, there is the view that Scotland is dominated by its more populous Southern neighbour and does not have control over its own affairs. However, such a sentiment is shared by yes and no voters alike. Nationalists are voting no, and the vote should not be considered as a purely knee-jerk nationalist one.
What may happen if there is independence is in many ways uncertain, particularly economically, and as polls suggest, around half of Scots are not willing to make that gamble. People are weighing up whether more local and immediate power making decisions will improve their standard of living or not, and if independence is needed for that to happen.

If Scotland votes 'No Thanks,' then London will be forced to address many of the issues raised during the referendum, notably to give up more powers and for Britain to become more decentralised. London has already implied greater devolution for Scotland following a No vote, such as giving the Scottish Parliament more power over taxation, spending and welfare.
London will also have to face the spectre of the independence movement not going away, and if Westminster does not follow through with its pledges, this may give further impetus for a successful Yes vote in the future.
If Scotland gets independence, there will be 18 months of negotiations between Edinburgh and London to discuss the logistics of separation. Key topics will be North Sea oil revenues, the pound, divisions of national assets, and military defence. The Queen however will remain as head of state, unless a vote is later called for.
The aforementioned will be difficult topics to hammer out as Scotland comes to grips with being a sovereign state. Other issues are just as thorny, particularly foreign affairs, which Scotland would be running by itself for the first time. Whether Scotland can remain a part of the European Union is a major issue, as no EU country has split apart and then sought to re-enter as a separate member state. Scotland is committed to the EU, but that is not a decision for Edinburgh to decide upon, and becoming a member will be key for the country's economy if there is independence.
The SNP is also opposed to nuclear weapons and has called for the Trident nuclear submarines based in Scotland – the location of Britain's nuclear fleet - to be removed. While the SNP voted in 2012 to support the North Atlantic Treaty Organization (NATO) - with the precondition that Trident would be removed following independence - it has not been a popular decision within the party, while membership of the body of 28 European and North American nations could be in doubt as nuclear weapons are a key means of NATO's overall military deterrence policy.

The EU will be eyeing the results of the elections carefully. The body is not keen on admitting more members, or for the union to break up into smaller states. A yes vote could galvanise the Catalonians' drive for independence in Spain, along with other separatists movements such as the island of Corsica from France, and the Basque from France and Spain. There are also murmurings in some countries about the advantages of breaking up, such as more economically rich regions like Northern Italy not wanting to fund the poorer South.
Indeed, questions are being raised as to whether a yes vote in Scotland could unleash the end of the multi-ethnic state, repeating the post-colonial period when numerous countries gained independence and the 1990s following the break-up of the Soviet Union and its satellite states, leading for instance to the creation of the Czech and Slovak republics and the Balkan states. For while the world is more interconnected than ever via financial globalisation, there are more nation states than ever, with some 194 countries, the most recent being South Sudan as of 2011.
Such further devolution is not overly probable, but a concern nonetheless, and it is not just in Europe that states are fearing devolution. The breakup of a European state, particularly a former global power like Britain, is viewed with perhaps more concern elsewhere in the world, especially in states with minorities and separatist groups that are battling central powers.
The concern, like in the EU, is that there will be a call for a referendum by separatists, especially if an independent Scotland proves to be successful, with the current economic fears not realised or overcome. It would show breaking off from a bigger country is possible and achievable in the 21st century, which could be a precedent for others to follow.
Scotland's case is different from others however, and comparisons, from the economic to the historical, hard to draw with other aspiring separatists. A major factor is that Scotland has not been under any military occupation for hundreds of years. That in fact has enabled the vote to happen, as there was no need to resort to armed struggle to achieve independence, as Ireland did from 1919-1921. London however was aware that a Yes vote in Scotland is not a certainty, which cannot be discounted as a factor in letting the vote go ahead, but the vote is going ahead in what is expected to be an open and transparent manner.
Ultimately, a No vote will be welcomed in London and Brussels, as well as in many other capitals around the world. Such a result is not likely to dent separatists aspirations, but would take some wind out of their sails. A Yes vote will have much broader ramifications for the United Kingdom, the EU and further afield. Either way, the outcome of this election will be worth following.

Photo by Typhanie Cochrane
Posted by Paul Cochrane at 2:15 PM