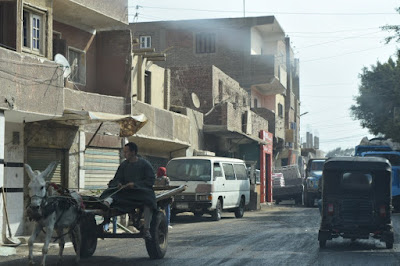 
Middle East Eye: Middle East and North African economies have been hit by dual shocks during the past two months, notably the coronavirus pandemic and lower oil prices. For some, like Lebanon, it comes amid a financial crisis that was already underway.

But as the global impact of the crises bites, so another financial shock is looming - a drop in remittances from overseas workers. And it is likely to hit the region's most vulnerable economies, including Egypt, Jordan and Lebanon.

In mid-March, as cases of Covid-19 started to be detected, researchers at the World Bank estimated losses across the Middle East and North Africa (MENA) region  of 2.1 percent of gross domestic product (GDP) during 2020.

But only weeks later, at the beginning of April, they had to revise their estimates still further, as more countries went into lockdown, predicting economic losses of 3.7 percent of GDP - or the equivalent of more than $100bn.
Daniel Lederman, World Bank deputy chief economist, in a video conference with journalists, said: “In two weeks our estimates almost doubled as global economic conditions worsened, and government responses became clearer.
"One cannot overstate how fluid these figures are."

Rabah Arezki, World Bank chief economist for the Middle East and North Africa region, said: “Economies have been brought to a standstill... this dual shock has resulted in an expected growth rate of minus 1.1 percent for 2020, and 2.1 percent for 2021."

To read the rest go to: https://www.middleeasteye.net/news/coronavirus-egypt-lebanon-jordan-remittance-economy

Posted by Paul Cochrane at 4:11 PM