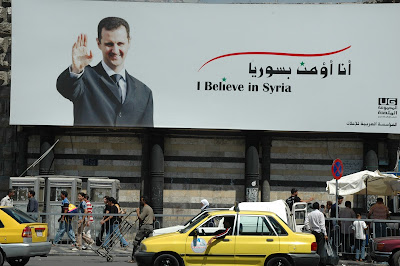 The Syria conflict is into its sixth year, as are the multilateral sanctions imposed on the government in Damascus. How effective have the sanctions been, given the Syrian regime’s survival? And where may funds from members of the regime, and those linked to it, have gone? Paul Cochrane, in Beirut, investigates.

Syria has been sanctioned by the United States, the European Union (EU), and the United Nations (UN) since 2011. Numerous new measures have been applied in the intervening years as the conflict between the regime of President Bashar Assad, the opposition and Islamic State has raged on. More recently, in May 2016, the EU extended restrictive measures against the Syrian regime until 1 June 2017. In October 2016, it added 10 further people to its lists, bringing the total to 217 persons subject to a travel ban and asset freeze. In December 2016, the US Treasury designated a further 18 people and five entities as being covered by its Syrian conflict-associated sanctions, which also blocks “any property or interests in property of the designated persons in the possession or control of US persons or within the United States” and “transactions by US persons involving the designated persons are generally prohibited”. In January (2017), Britain and France were drafting a new UN Security Council Resolution proposing additional sanctions, diplomats in New York have said – these would ban countries from supplying the Syrian government with helicopters and impose financial and travel sanctions on 11 Syrian individuals and 10 entities connected to chemical weapons attacks in Syria.

Initial sanctions, imposed by the USA, EU and UN on Syrian interests, targeted members of the government, state-owned institutions, the military, and individuals and businesses connected to the regime, restricting their access to foreign banks and curbing their use of the SWIFT network.

“The Syria programme has been fairly successful in putting economic pressure on Assad’s government. Its macroeconomic indicators have taken a nose dive,” said Eric Lorber, a lawyer at the Financial Integrity Network in Washington D.C., who advises financial institutions on regulations administered by the US Office of Foreign Assets Control (OFAC).

Indeed, in early 2016, the International Monetary Fund (IMF) estimated that Syria had US$1 billion in foreign currency holdings, and the World Bank estimated some US$700 million. “The finance minister, appointed in July, confirmed the World Bank figure. Whatever it is, that’s a figure from a year ago, and down from US$20 billion in 2010,” said Jihad Yazigi, editor of financial publication, the Syria Report.

Private banks in Syria have also been impacted, with some closing down early on in the conflict, while others have changed names and management over concerns about being too associated with Syria. Correspondent banking relationships have also been lost. “Most European banks refuse correspondent banking as they think it’s too risky or the clients are too risky,” added Yazigi.

The main change in new EU sanctions designations has been adding more government officials, largely due to a changing roster in top jobs, like the July 2016 appointment of Central Bank governor Duraid Durgham and finance minister Maamoun Hamdan, appointed the same month. But unlike earlier lists, the US has also added focus on the private sector. “I was surprised as it is not the usual list you see of generals, colonels and government ministers. This time around OFAC was using good intelligence and due diligence as to who these people are, and what has happened in (Syria’s) political-economy over the past two years,” said Rashad Al Kattan, a security risk analyst, and a fellow with the Centre for Syrian Studies at the University of St. Andrews, Scotland.

Among the private companies sanctioned is Cham Wings, a private Syrian airline that was used as a national carrier for the January peace talks in Astana, Kazakhstan as state-run Syrian Air is down to just three planes. “Many analysts think the airline is not owned by the Shammout Group but is actually a front for Rami Makhlouf,” the maternal cousin of Bashar Assad, noted Kattan. Makhlouf is considered Syria’s wealthiest businessman. He was sanctioned by OFAC in 2008.

Adib Muhanna, the former head of Cham Holding, in which Makhlouf has a confirmed stake, has also sanctioned by the US Treasury (December, 2016) for “having materially assisted, sponsored, or provided financial, material, or technological support for, or goods or services in support of, Rami Makhluf (sic)”; it is thought that he had conducted real estate transactions on Makhlouf’s behalf. Two security firms – Al Hisn Firm for Security Protection and Guard Services (Al-Hisn) and Al-Qasiun Security Services LLC (Al-Qasiun) - established after a legislative change in Syria in 2013 to allow private security companies - have also been designated by the US Treasury for links to Makhlouf. Another declared reason was that these companies had been facilitating the oil trade between Damascus and areas under the control of the Islamic State of Iraq and the Levant (ISIL).

The Syrian government and its supports have only been able to withstand such tough sanctions due to credit lines and support from allies Russia and Iran. “Before Russian (military) intervention (in September 2015), Moscow’s main role was providing a life line, such as military supplies and weapons, but also deposits of central bank capital into the Russian banking system and the utilisation of secondary Russian banks that don’t have the same exposure (as larger Russian banks) to facilitate capital transfers,” said Andrew Bowen, a researcher for geopolitical consultancy Wikistrat.

In December 2012, Syrian state press reported that the country’s central bank had opened Euro and Rouble accounts with state-linked banks VTB, VEB, and Gazprombank. While VTB and VEB have issued statements denying handling Syrian cash, in October 2016, a leaked document indicated money had gone to VTB. “Wikileaks dumped all these documents on the Assad regime but left out one, the central bank depositing 2 billion euro in VTB,” added Bowen.

While Russia is subject to its own EU and US sanctions, it has been able to circumvent them, he noted, notably on behalf of Syria. “It has become more complex with Russia having sanctions, but Cyprus plays a crucial role in the transfer of illicit capital through Western banks, and a key transit point for transfers from Russia to Syria,” said Bowen.

Moreover, according to Kattan, Russian ally Belarus is suspected of having “substantial” amounts of Syrian money. As is Dubai. “There is some decent money going there, and I wouldn’t be surprised if Latin America is being used. If you look geo-strategically at who is voting at the UN for Syria, it is Cuba, Venezuela and others, and (Lebanon’s) Hizbullah (which is involved in the Syrian conflict) has good links in Latin America,” he said.
Swiss leaks

Other major financial players have also been implicated in efforts by Syrian government figures to sidestep sanctions. The Swiss Leaks, based on the inner workings of HSBC’s Swiss private banking arm, and combed through by the International Consortium of Investigative Journalists, indicated Rami Makhlouf to be the beneficial owner of multiple accounts.

Ultimately, there are a lot of rumours as to where the cash has gone. “A significant amount of money likely made its way from Syria to Lebanon, and also to a number of more opaque jurisdictions like Panama and the Caribbean, but there seems to be limited concrete information,” said Lorber.

Lebanese banks have been under particular pressure over Syria given longstanding bilateral ties, and Lebanese banks operating five of Syria’s 14 private banks. In Lebanon, banks have been actively de-risking Syria-linked clients and have made it difficult for Syrians to open bank accounts, despite no regulations prohibiting this. “They have been under pressure in general, and especially after the Hizbullah International Financing Prevention Act of 2015, as Lebanese banks are the biggest, and most significant, operators in Syria,” said Kattan. The law says the US shall impose sanctions on financial institutions shown to be facilitating Hizbullah payments.

Iran has provided both military and financial support to Syria. Indeed, Syrian Prime Minister Imad Khamis said in January that only Iran has provided economic aid to the country. His remarks followed Tehran providing a new credit facility of US$1 billion to Damascus in January (2017), while several agreements were signed to transfer Syrian owned phosphate mines and a maritime port to Iranian companies, and a mobile phone licence to the Revolutionary Guards, according to Yazigi.

Iraq, sandwiched between Syria and Iran, has also been a conduit for Syrian capital. A joint Iraqi-Syrian trade bank was proposed at a January (2017) meeting of the Chamber of Commerce in Damascus, according to Kattan. An Iranian-Syrian bank had been mulled back in 2010 (as reported in MLB in October 2010, see Iran-Syra: a banking axis), but did not materialise. “With Iraq, it might be more doable as banks in Iraq are very politicised. There is a lot of movement between Iraq and Syria, and that is moving towards economic cooperation. This might be an effort led by Iran, for the Iraqi and Syrian governments to work together,” said Kattan.

Any such financial institutions may have to cope with even more sanctions. With Russia already under new sanctions, new legislation has been proposed in the US Congress to punish the country for its military activity in Syria and Ukraine, as well as to counter Russia’s alleged cyber activities. The Counteracting Russian Hostilities Act of 2017, has bipartisan support, despite President Donald Trump’s desire for better relations with Russia, and includes new primary and secondary sanctions, for instance authorising sanctions on defence companies providing arms to Russia for use in Syria, and prohibit both US and foreign companies from doing business with those entities.

“If passed, which is a big question, I think it will be very effective. The Act will put pressure on Russia but I question whether it will stop Russia’s military involvement in Syria. Moscow is determined to ensure Assad’s survival, so the economic pain would have to be pretty extreme,” said Lorber.

The last section of the bill provides for a joint task force of the Justice Department, OFAC, and Financial Intelligence Unit FinCEN to investigate money laundering activities, organised crime, and sanctions evasion in Russia. “If the task force is set up, I would expect that, during the investigations, they would find significant illicit connections between Russia and Syria,” added Lorber.

Posted by Paul Cochrane at 6:42 PM