Elusive Target – US vs Hibzullah 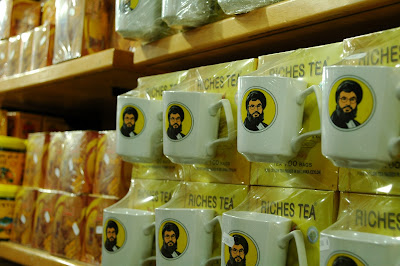 Hizbullah has long been on the terrorism radar and despite current focus on Islamic State, the United States is attempting to maintain pressure on the group's finances through specific legislation. Paul Cochrane, in Beirut, explores the likely impact.

At a time when the world is regularly sickened by webcast beheadings and civilian bombings carried out by Islamic State (IS), it is perhaps hard to recall that Shia militant group Hizbullah was previously viewed as the world's most notorious terror organisation. Today, with 12 members of Lebanon's parliament (and two ministers in cabinet), a panopoly of social services, a TV station and even a museum, Hizbullah is an integral part of the country's political and social scene. However, it still operates a private army, which is fighting in Syria's civil war, and is regarded by the USA with undiminished hostility. It was also labelled a terrorist organisation by the Arab League as recently as 11 March this year, although critics have claimed this reflected tension between Sunni country governments and Shia forces in the region. The designation, supported by the Gulf Cooperation Council (GCC), could bring any transactions deemed to be with Hizbullah within the scope of anti-terror finance laws in Arab countries.

In AML terms, it was the passage, in November, by the US Congress of the Hezbollah International Financing Prevention Act of 2015 that probably caused the most concern in Lebanon. Enactment was followed by a Drug Enforcement Administration (DEA) announcement, in February 2016, that it had evidence of a “massive Hizbullah drug and money laundering scheme” operated at a global level by Hizbullah's External Security Organisation's Business Affairs Component (BAC). The statement followed US Treasury accusations (in June 2015) against three Lebanese Shia businessmen and investors, citing direct links with Hizbullah. One casualty was Kassem Hejeij, the head of Middle East Africa (MEA) Bank; he resigned in favour of his son after being placed on a US sanctions list.

The new Act and these moves have caused widespread concern in the Lebanese financial sector, anxious lest it fall foul of US regulators in the wake of the Lebanese Canadian Bank (LCB) in 2011, which saw that institution identified as a launderer for Hizbullah. In response, two delegations, comprising Lebanese politicians and financial institutions, went to Washington, separately, earlier this year to ensure that the whole country was not caught in the US' dragnet, this despite Iranian-backed Hizbullah saying that they have no presence in the country's financial system.

“We had good discussions with Treasury and the State Department. We were not going to argue why (they) did it, it was about making sure there's no collateral damage because of the law,” said Yassine Jaber, a member of the Lebanese Parliament for the Shia-based Amal Movement. “We made the case that Lebanon is compliant (with international regulations). The reaction was, what's the fuss? [The Act is] not implemented yet, in April, and the US officials said, over and over, that it was not about the local banking sector but to not allow Hizbullah funding to enter the US banking sector.”

Hizbullah was labelled as a terrorist organisation by the United States as long ago as 1997 (http://www.state.gov/j/ct/rls/other/des/123085.htm), a designation also applied by France, Israel, Australia, Canada, and the Netherlands. Meanwhile, Britain, the European Union (EU) and New Zealand differentiate between Hizbullah's political and military wings, labelling the latter a terrorist organisation, while acknowledging that it has 12 seats in the Lebanese Parliament.

The Act is considered a political move following the international deal with Iran. “The sanctions are a reward to the Gulf countries and the Israelis, that the US is still committed to their security. That is the real reason, as the US knows such sanctions will not have any real influence over Hizbullah's policies or agenda,” said Hussam Matar, a Lebanese researcher. Hizbullah having been under intense scrutiny for decades (it was founded in 1982), the new designation came was no great surprise. “The law against Hizbullah did not come with totally new provisions, as a good part of the provisions of the new law was possible under the US Patriot Act. But as usual, US law has far-reaching impact, and financial institutions are scrutinising [clients] more closely in order to not expose themselves as well as their correspondent banks,” said Abdul Hafiz Mansour, secretary of the Special Investigations Unit – the country's Financial Intelligence Unit (FIU).

Hizbullah's secretary-general Hassan Nasrallah, gave a televised addressed following the US move, in which he said the party held no accounts in Lebanon. It is presumed that Hizbullah uses cash for its transactions, while the Act specifically concerns US dollars and not Lebanese Pounds.

Within Lebanon, with the party a legal entity, there is little AML authorities can or would do to restrict Hizbullah's finances in any case.

Despite Nasrallah's claims, repeated at the FIU and by Jaber, Nicholas Noe, co-founder of regional newswire Mideastwire.com in Beirut, is more questioning of Hizbullah's financial operations. “Treasury's push back was that you had the LCB case, the (DEA) allegations of drug trafficking, and over the last year, the head of MEA Bank was charged by the US for links to Hizbullah, so it is not exactly true nothing is going through the financial system,” said Noe. “For a super secret party it is not just about the party, but supporters and informal networks moving cash, so inevitably money is in the financial system via people that materially support Hizbullah,” he said.

The FIU and financial institutions are awaiting scheduled release of a report (within 120 days from 15 April 2016) from the White House into Hizbullah's activities; with expected accompanying regulations to “prohibit or impose strict conditions on the opening or maintaining in the United States of a correspondent account or a payable-through account by a foreign financial institution that the President determines”.

According to public statements by Nasrallah, the party's funding is primarily from Iran while weaponry is received from Syria. Funds are presumed to come via Syria. “There is an open border with Syria, so cash comes from there,” said a compliance officer who requested anonymity.
Other than the funding from narcotics and trade-based money laundering reported by the DEA, Hizbullah raises money domestically through donations and using proxies, added the compliance officer. According to a leaked US embassy cable from 2007, Hizbullah's social services and employment network spends an estimated US$600 million a year “in payments and services to supportive Shia, Sunnis, and Christians not receiving those services from the government,” which is not widely known for providing effective services to the people of Lebanon.

Matar said that as Hizbullah is well integrated into Lebanese society, the new sanctions would not have a major impact, and the party would leverage sanctions-busting knowledge from Iran. “The Iranians went through this, so Hizbullah will not find it a problem,” he added.

Al Manar television channel, the party's mouthpiece, was specifically targeted under the Act, with the April regulations detailing “satellite, broadcast, Internet, or other providers that have knowingly entered into a contractual relationship with al-Manar TV and its affiliates”.

The US' designation led to Al Manar being dropped from Arab League-backed satellite provider ArabSat, and, on 6 April, by Egypt's NileSat. “Most of the damage happened to Al Manar, targeted in a special paragraph, and we are waiting to see how it will be defined,” said Jaber.

The channel's website, almanar.com.lb, is not expected to be affected as the domain name was issued within Lebanon while the website itself is registered in the name of a journalist, not the channel, according to a member of domain registry, the Lebanese Internet Centre (LINC).

The journalist would have to be named by the US authorities for there to be any action, and a Lebanese court order would be required to shutdown the website, added the LINC member.

According to the compliance officer, Al Manar pays staff in cash, while purchases of broadcasting equipment is via intermediaries.

While the US move was not unexpected, regional action was, despite the long history of animosity between Sunni Muslim governments and Shia Iran and Hizbullah. The terrorist organisation designation was also made by the Gulf Cooperation Council (GCC) countries, with the Arab League designation supported by all members bar Lebanon and Iraq (both with significant Shia populations). “The GCC is trying to say to Lebanon, you are (collectively) paying the price of Hizbullah's regional actions in Syria and Yemen,” said Matar. The GCC is opposed to the Syrian regime, which Hizbullah and Iran are supporting militarily, while a GCC force, led by Saudi Arabia, is fighting the Iranian-backed Houthis in Yemen.

The GCC action could potentially have more of a negative impact on Lebanon, as the Gulf monarchies are less predictable than the US, but they do not have the specific financial regulatory means to enforce such a designation, said the compliance officer. However, given how “fragile and vulnerable” Lebanon is, the GCC also “toned down their attack after the US and EU talked to them”, Jaber noted.

Posted by Paul Cochrane at 6:19 PM