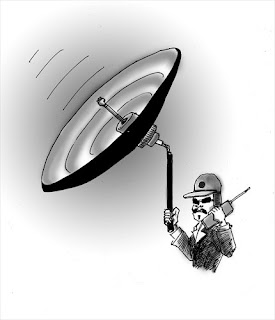 With Tokyo pushing for a more offensive military role, Japan not having an external intelligence agency is set to change with an agency reportedly just months away from being launched.

Modelled and developed in conjunction with Britain's external intelligence agency MI6 and the Australian Secret Intelligence Service (ASIS), news of Japan wanting a secret foreign intelligence service first emerged in a leaked 2008 diplomatic cable. Further news this spring confirmed that Tokyo was developing its human intelligence capabilities following the kidnapping and killings of two Japanese citizens in Syria by the Islamic State.

Japan's intelligence services, which were confined to domestic matters following WWII, have had to rely on open-source intelligence and cooperation with foreign intelligence services for information, notably the countries that make up the surveillance alliance exposed by whistle-blower Edward Snowden, known as the "Five Eyes:" the US, Britain, Canada, New Zealand and Australia.

The development of such a spy agency dovetails with Prime Minister Shinzo Abe's drive for a reversal of the ban on overseas military engagement. New legislation has been passed at the lower house and needs to be endorsed by the parliament's upper chamber. The move however has been met with massive resistance from the public, with over 120,000 anti-war protesters demonstrating in Tokyo on August 30.

While the demonstrations were anti-military in nature, protests were not per se against the new agency, news of which has been clouded in secrecy. The agency, which has no name yet and is to be run out of the prime minister's intelligence service, the Naicho, or Cabinet Research Office, is expected to take years to get up to operational strength and be on par with the global intelligence giants.

It was reported in August that Abe met with Shigeru Kitamura, head of the Naicho several times, along with the Budget Bureau Chief Kazuho Tanaka, to finalize a new budget for the fledgling agency.

According to the 2008 leaked cable, Japan's foreign intelligence priorities were China and North Korea, followed by preventing terrorist attacks. Again, this gels with the reversal of Tokyo's stance on non-military engagement, which is aimed at containing China and strengthening ties with the US.

At the same time, Japan is establishing two new signal intelligence stations, on Yonaguni island which is close to Taiwan, with the second slated to open in 2017. Operated by the country's Defense Intelligence Headquarters, the two new facilities will bring the total to 19, enabling Japan to have one of the best interception services on the planet. This will link Tokyo even more with the "Five Eyes" in the global showdown over surveillance capabilities.

Unsurprisingly, such moves are being eyed with great suspicion in the Asia-Pacific region. Tokyo has been increasingly antagonistic in recent years toward China and the two Koreas, while heightened foreign intelligence and surveillance gathering brings back bad memories of Japan's brutal military intelligence in the first half of the 20th century. A new spy agency will only exacerbate current tensions.

The big question now is whether the new military legislation will be passed by the upper chamber. This would officially green light the new agency. If the legislation is not passed, will the spy agency still go ahead? Given Abe's passing of a state secrecy act in 2013, and that training of intelligence agents has been underway for years in conjunction with the ASIS, it is likely either way.

We are going to see the rise of a much darker Japan that is able to better operate in the shadowy intelligence world.

Posted by Paul Cochrane at 1:21 PM