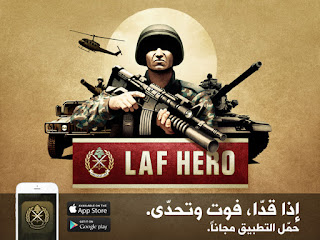 BEIRUT - Lebanon is not a military state like Egypt, Jordan or Syria. There is no military-industrial complex like in Egypt, where it is estimated to account for about 30 percent of the gross domestic product (GDP). There is also no clear national leader capable of doing publicity stunts with parachute regiments like in Jordan, and there is no military service.
The last two Lebanese presidents aside - who switched their general's uniforms for suits once in office - Lebanese politics has been dominated more by former militia leaders and technocrats than by an elite officer corps with the potential to carry out a coup.
However, a storm is brewing over the extent of the army’s power, and in particular its use of military courts.
On the one hand, the Lebanese Armed Forces (LAF) exerts tremendous power within the country and has long been seen as one of the only neutral bodies in an otherwise heavily fractured state.
According to many activists it has also been able to further expand its influence in recent years thanks to the growing political vacuum that has left the country unable to select a president since May last year. Furthermore, it is having its hard power upgraded through a $3bn arms pledge from Saudi Arabia, which should see its stockpiles updated.
On the other hand, the body is keen to win public approval and has embarked on a soft power offensive, working to rally the populace around the cross-sectarian institution to keep stability amid regional unrest.
Billboards line the country's roads celebrating the army's 70th anniversary with the words Jamaa Moushtarak (Common Unity). In August, a smartphone app was launched, LAF Hero, with one game about territorial defence where the player has to strategically place army check points to nab terrorists.
This dual strategy has left the army open to criticism, touting itself as the defender of the people while at the same time trying citizens through the military court without full legal process, prompting a battle for reform that is currently underway.

To read more: http://www.middleeasteye.net/news/analysis-can-growing-pressure-make-lebanon-s-army-reform-its-military-courts-1889516685
Posted by Paul Cochrane at 10:42 AM

Try this new app Cartoon HD Apk : which is most trending now.