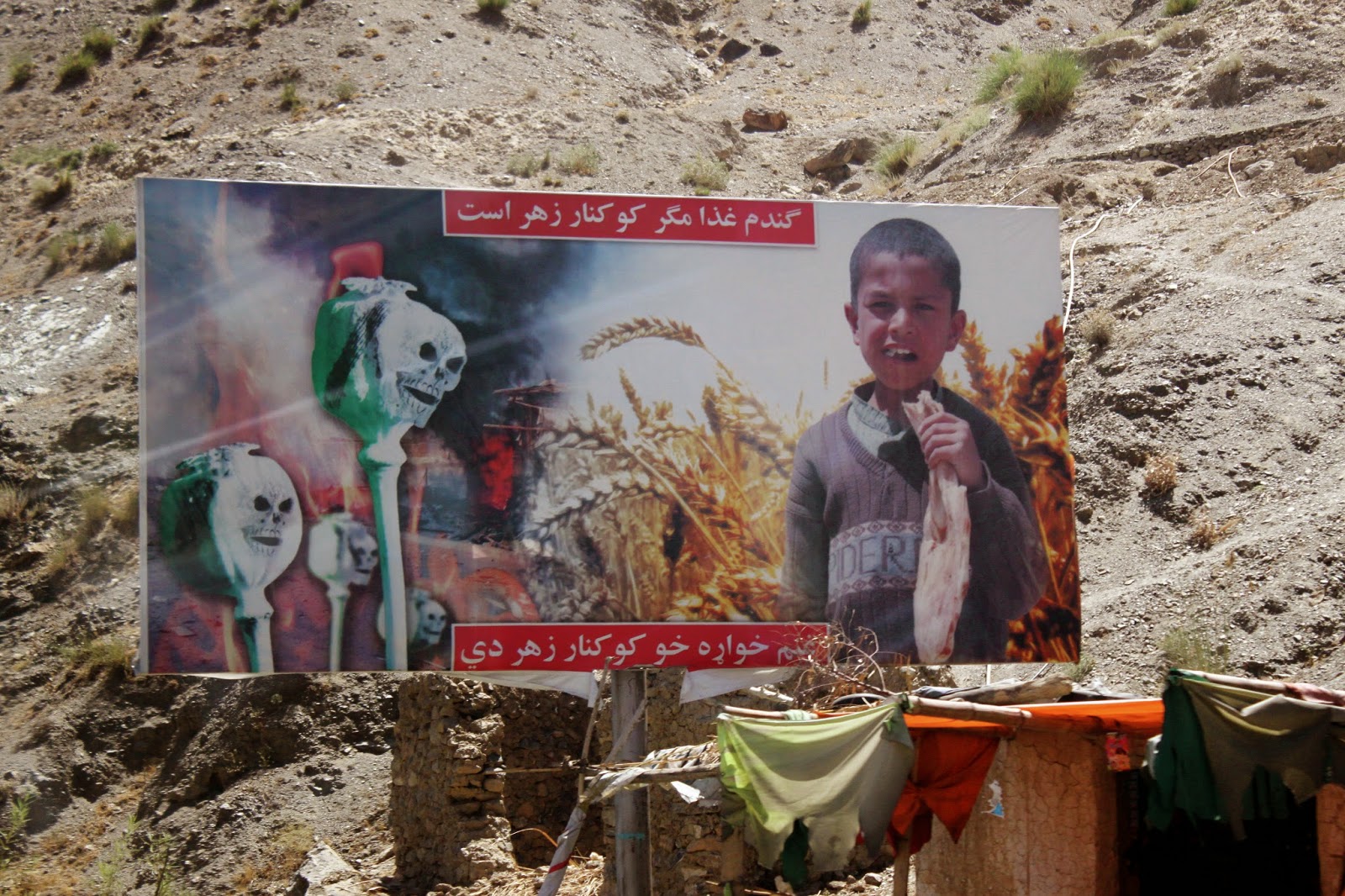 British forces have already left Afghanistan and the US plans withdrawal of all combat troops by the end of 2016. President Ashraf Ghani must now divide his time between working to preserve security against the threat of Taliban resurgence and delivering on promised structural reform: the heroin trade and endemic corruption will be fixtures on his agenda but he might not have expected that AML compliance in the shape of local banks’ response to a massive fraud dating back to 2010 would also be a priority. Paul Cochrane reports.

Afghanistan is undergoing a transition of sorts. A new president has taken office who is keen to curb corruption and bolster business, while US-led forces are slated to be reduced, albeit a full withdrawal is not happening as expected. Meanwhile, Kabul managed to not be blacklisted by the Financial Action Task Force (FATF) in 2014, although major challenges remain in the war-torn country and the country remains on FATF’s watch list.
It has been over 13 years since the United States led a coalition to overthrow the former Taliban government and ouster Al-Qaeda militants in Afghanistan following the September 11, 2001 terrorist attacks. Afghanistan has been at the forefront of the US-led “global war on terror” ever since, being under international sanctions in relation to the Taliban, Al-Qaeda and a plethora of other terrorist groups, and the focus of counter-insurgency (COIN) policies, including combating the financing of terrorism (CFT).
The US and its allies having spent more than US$1 trillion pacifying and developing the country, deploying one million soldiers and civilians in the process. Washington has announced that US troops will depart by the end of 2016, ushering in a new era for Afghanistan after 35 years of conflict and foreign intervention. However, while US troops are to be scaled down and cut in half by the end of this year, in November, 2014, the Afghan parliament has approved a US troop presence “through 2024 and beyond.”
The Afghan economy will remain dependent on development aid – US$16 billion was pledged through to 2015 at a 2012 Tokyo Conference on Afghan aid. International non-governmental organisations (NGOs) will continue to operate in the country and related military expenditure and assistance from the US will flow, helping balance the books in Kabul, with government revenues for 2014 projected at US$2.5 billion compared to expenditures of US$7.5 billion. Additionally, any ongoing presence of American troops might well scupper domestic efforts to bring the Taliban to the table to hash out a political solution that has so far evaded COIN strategies; such talks are strongly opposed by Washington.
Afghanistan is ranked second in the Global Terrorism Index 2014, with 1,148 incidents in 2013, and the Taliban responsible for 75% of terrorism fatalities. The index noted that “terrorism is increasing in Afghanistan, with 10 percent more terrorist attacks and 13 percent more fatalities in 2013 than 2012.”

The opium trade is also set to continue, going by recent trends. Despite the US having spent more than US$7.5 billion over the past decade to eradicate the trade, opium poppy cultivation rose 7% between 2013 and 2014, according to a report by the United Nations Office on Drugs and Crime (UNODC). With Afghanistan accounting for 90% of the world's heroin supply, the trade is estimated to be one-fifth as large as the country's legitimate gross domestic product (GDP), making it a US$8 billion-a-year business.
After a four month delay due to issues of electoral fraud, President Ashraf Ghani was inaugurated in September 2014, replacing long-time leader Hamid Karzai. Ghani, a former professor, World Bank official and Afghan minister, ran on a platform to introduce the rule of law, good governance and eliminate corruption, as well as create an accountable judicial system and a viable economy.
Ghani has arguably got off to a good start, signing a bilateral security agreement (BSA) with the US, which is slated to bolster foreign investment, while making unscheduled visits to police stations, hospitals and prisons to check on staff attendance.

The most attention-grabbing move was a decision to retry figures involved in the Kabul Bank scandal, which rocked the country in 2010 with almost US$1 billion embezzled from the institution via a Ponzi-type scheme. While 21 people were convicted in March, 2013, only a few offenders were jailed and the sentences were considered light. In November, 2014, the court tripled the sentence of former chairman Shekhan Farnood and former CEO Khalilullah Ferozi from an initial five years to 15 years – five years for money laundering and 10 years for embezzlement.
After announcing the re-trial, Ghani's public “approval rating was 84 percent,” said Sanzar Kakar, Chairman of Afghanistan Holding Group (AHG), which provides professional business services, including accounting, auditing and taxation. “There is a huge amount of hope with the new administration, and a lot of good things have already been done.”
However, missing from the latest trial was the brother of the former president, Mahmood Karzai – who had borrowed US$22 million from the bank - and Haseem Fahim, the brother of former Vice President Marshall Muhammad Qasim Fahim, who died of a heart attack last March.
The collapse of Kabul Bank affected over a million depositors, and had a negative impact on the country's 17 banks, driving away potential clients. “It had a big impact on the perception of the banking industry, nobody can deny it,” said Hedayatullah Yahya, CEO of Afghan United Bank. Less than 5 percent of Afghanistan's 27 million people are banked, according to the IFC.

The scandal has certainly made it hard to launder money through Afghan banks, but they have become so wary of falling foul of the Attorney General's office and customer identification checks are now such that it has impeded their general operations. “The scandal has caused banks to be quick to find an excuse for anything – not the original passport, or if the signature doesn't exactly match. They are afraid of scrutiny,” said Kakar.
If a bank account is not used for two months, a letter is required from the finance ministry to re-open the account, “which is nearly impossible,” said Kakar, while heightened international scrutiny is affecting financial transfers. “Banks have struggled with procedures and some still have a lot of trouble as they can't receive funds,” he added.

Further impacting the financial sector and the economy at large was FATF's decision to put Afghanistan on a watch-list in 2012, following a Mutual Evaluation Report (2011) for failing to meet its standards. Pressure came to a head in early 2014, with FATF threatening to place Afghanistan on its “high-risk and non-cooperative jurisdictions” list in June if it did not address deficiencies.
With the country undergoing political transition, the outgoing president Karzai having refused to sign the BSA, and growing international pressure on the few international banks with a local presence, there was serious concern that Afghanistan would be blacklisted unless FATF extended the deadline.
A decision in the balance, there was major flight of capital, which has not abated. “It was a nightmare scenario that took its toll, having a big negative impact on business. Wealthy people by the droves are going to Dubai and investing there rather than here. More and more people are saying, can you pay me outside of Afghanistan?” said Kakar.
With the country at risk of political and economic collapse if it was cut off from the international financial system, Kabul eventually enacted AML and CFT legislation in June 2014, and FATF held off black-listing the country at its October plenary.
Both laws follow FATF recommendations and methodology. With regard to AML, the statute replaced legislation from 1963 on proceeds of crime and is called 'Amendments to the anti-money laundering and the proceeds of crime' law (see (www.centralbank.gov.af/pdf/AMLLawEnglish.pdf). Its purpose is to “protect and promote the financial integrity of Afghanistan” and “fight against use of financial institutions and designated non-financial businesses and professions … for money laundering, proceeds of crime, the proliferation of weapons of mass destruction and the financing of terrorism.” Another new law, No. 839 on Combating the Financing of Terrorism is designed to implement the UN International Convention for the Suppression of Financing of Terrorism (1999) and successor conventions; prevent the provision of funds or property for terrorist acts, terrorist organisations, or terrorist/s; and implement UN Security Council resolutions on combating financing of terrorism and the financing of proliferation of weapons of mass destruction (see www.centralbank.gov.af/pdf/CFTLawEnglish.pdf).
“In reality the politics were able to go through, and at the eleventh hour the Afghan government scrambled to get something [for FATF], but if you look at the details I don't think Afghanistan should have qualified from a technical perspective,” said Kakar.
Indeed, at the October plenary, FATF kept Afghanistan on its list of jurisdictions with strategic AML/CFT deficiencies. FATF has also called on Kabul to improve enforcement and implementation, criminalise money laundering and terrorist financing, and to establish a financial intelligence unit (FIU).
In the 2014 Basel AML Index, released by the Switzerland-based Basel Institute on Governance, Afghanistan was ranked second worldwide as a jurisdiction of high risk. “The index shows a lack of infrastructure and enforcement capacities, and in the proxy indicators shows the weaknesses and the challenges it faces, which is more than legislative, it is enforcement,” said Selvan Lehmann, project manager of the Basel AML Index.
The country is also struggling with rampant corruption, a large informal economy, narcotics, and terrorism. The UNODC reported that from 2009 to 2013, total corruption costs increased by some 40% to US$3.9 billion, with more than half of Afghan citizens paying a bribe for a public service. “We are in one of the worst situated countries worldwide, we are next to Iran, in a recession, and trade and corruption are problems,” said Yahya.
While Afghanistan has managed to stave off joining global AML pariah states like North Korea, the Kabul Bank scandal and enhanced domestic banking scrutiny has instead reinforced the informal banking sector, with the few Afghans that used banks withdrawing salaries to stash at home, and using alternative remittance systems like hawala instead of the formal financial sector.
“From the point of view of the legitimate economy, it is a big hassle having to go through additional hoops but for the illegitimate economy it is bad news as it is harder to launder money unless you have an active business licence, and hard to transfer money over USD10,000 without the right paper work,” said Kakar. “Yet while Afghanistan has cleaned up its act quite a bit, there comes a point where, if you stop all transactions due to AML concerns, people find another route, so the banking sector becomes irrelevant. There needs to be a balance, as many Afghans felt there was too much freedom prior to the Kabul Bank scandal - with the oversight not there and corruption - but now the pendulum has swung too far in the other direction as banking has become too difficult.”