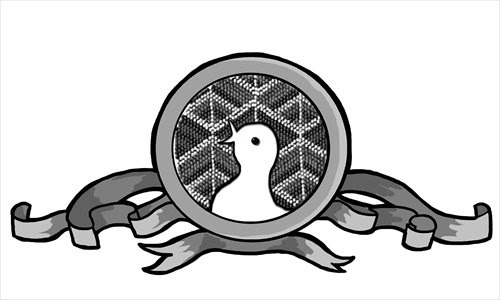 Non-Aligned Movement (NAM) summits have typically been treated as non-newsworthy events by Western media. But this NAM summit, which began Sunday in Tehran, has aroused unusual interest.

The attention focused on the 16th NAM summit is not due to the movement's founding principles of peaceful coexistence and standing against Western hegemony and neo-colonialism. After all, such aims are not deemed newsworthy, but are instead considered as rather wishy-washy utopian and naive ideals, if not downright knee-jerk anti-Western rhetoric.

The significance of NAM, set up in 1961 in Belgrade to provide a voice for the Third World and create some political talking space in a bipolar world, has admittedly waned in the two decades after the end of the Cold War and US triumphalism in a unipolar world.

While NAM has struggled to find its footing in a new world order, it has shown that the people of the global South still have a voice and that the desire for equal footing in global affairs is still there. Over the past decade the movement has been given a boost by the economic rise of the BRIC countries (Brazil, Russia, India and China), the political swing against the US and institutions like the International Monetary Fund (IMF) and World Bank in South America, and the gradual shift eastward of economic power since the 2007 financial crisis.

One only has to recall how obsequious former British prime minister Gordon Brown was in 2008 when he went to the Persian Gulf cap in hand to beg for bailouts and financial assistance for the IMF. When the United Arab Emirates and Qatar, both NAM members, stumped up cash, Brown was forced to concede that countries that contributed in this way should have a greater say in the overall governance of the IMF.

While nothing has changed in the IMF's governance, Brown's statement is indicative of potential changes in the economic order. Likewise, foreign creditors of US federal debt has ballooned since 2007, going from $2.4 trillion, or 53.5 percent of total debt, to approximately $5 trillion, or 56.9 percent of total debt in 2011. If change is to happen in the relations between the North and the global South, then it may well come through economic leverage rather than political demands.

But while changing capital flows may make some in the West sit up and take more notice of the "darker nations," this NAM summit is getting attention for political reasons. The recently elected president of post-revolutionary Egypt, Mohamed Morsi, snubbed an invitation to visit Washington in favor of a visit to China and then to attend NAM.

While this is diplomatically significant, the main reason for the renewed focus on NAM is that it is being held in a country the West has tried to isolate for three decades, recently slapped on tough economic sanctions, and is threatening conflict over its alleged nuclear weapons program. Unsurprisingly the US and Israel have condemned the summit, with the US State Department stating Iran was not "deserving" of being the host. Both countries have urged UN Secretary-General Ban Ki-Moon to not go to Iran.

However, the place for the head of the UN is certainly at a gathering of leaders that represent the majority of the world's population. It would in fact go against the founding principles of what the UN is supposed to be about, uniting nations, for Ban to not be there.

What riles the US and Israel is that the summit may undermine their efforts to isolate Tehran at this time, that there has been overwhelming support among NAM members for Iran to develop nuclear power for peaceful purposes, and that NAM supports a nuclear-weapon-free zone in the Middle East.

That Iran will try to maximize its position as the host and next leader of NAM to bolster its international standing is a given, but what member states will decide upon is another matter. Indeed, Tehran will try to rally support for its ally Syria at the summit, but this may prove hard to do, with 70 out of the 119 NAM members in favor of a UN General Assembly vote in early August condemning the Syrian government's violence against its people, and only eight voting with Syria, Iran, China and Russia.

What is certain is that under Iran's leadership, NAM is likely to be more vocal on the world stage than it has been for decades, and because of that may very well garner more media coverage outside of the global South.
Posted by Paul Cochrane at 1:46 PM