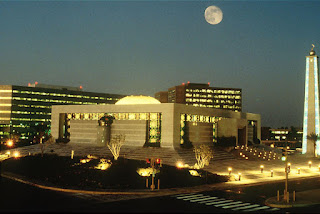 
While the cache of diplomatic cables recently released by WikiLeaks may have caused a number of international stirs, the majority have been largely ignored, causing little political, diplomatic or economic fallout. The revelations in early February that Saudi Arabia overstated crude oil reserves by up to 40 percent falls in the latter category, generating little more than newswire buzz. But should that have been the case?

With Saudi Arabia a top oil producer, the cable could have sparked a reaction on the world markets, driving the price of oil even higher and causing havoc with future oil supply projections. The kingdom itself would have had its position as the de-facto head of the Organization of the Petroleum Exporting Countries (OPEC) challenged, and its sovereign risk ratings would have been battered, given the country’s overwhelming dependency on hydrocarbons to balance the books.

But there was no reaction on the markets, nor was there a flurry of stories in the press querying Saudi Arabia’s oil reserves and reigniting the debate about “peak oil.” The only reaction from the Saudi side was by the man who told United States diplomats in 2007 that the reserves were overstated. Sadad al-Husseini, a former vice president and head of exploration at Aramco, Saudi Arabia’s oil monopoly, said he had been “misrepresented” by the diplomats and the press and “did not question in any manner the reported reserves of Saudi Aramco.”

So is the cable just an example of US diplomats playing a game of what the WSJ referred to as “Chinese whispers?” Or was Husseini pressured into denying his original statements, meaning Aramco really has fiddled with the figures? It is, of course, hard to know, and that is the crux of the problem. Even if the contents of the cables are false, Aramco has not been transparent with its figures since the company was nationalized. According to a former Aramco employee, only the company’s nine-member executive committee is privy to the actual figures, despite the need of departments to have access to such information to carry out research, implement long-term plans and so on.

Like Aramco employees, the world is expected to believe what the company tells us, as they have always delivered enough oil to the market; but should we, in the same way the world took at face value the kingdom’s stated gold reserve until the Saudi Arabian Monetary Agency revealed last year it had 180 tons more than it originally accounted for? After all, Aramco is still peddling the lie that it is the world’s largest producer of oil. Exporter yes, producer no. In fact, Russia became the world’s biggest producer in 2009, according to the BP Statistical Review of World Energy 2010, with an average output of 10 million barrels per day (bpd), or 12.9 percent of total production worldwide, whereas Saudi produces 9.7 million bpd.

A primary reason the cable didn’t result in a media frenzy was that the revelations were nothing particularly new. Many oil experts have queried Aramco’s figures before, noting in particular that 90 percent of all the oil that Saudi Arabia has ever produced has come from seven giant fields that are now maturing, three of which are more than 50 years old.

In the case of these US embassy cables, the debate centers around Husseini questioning Aramco figures that put Saudi Arabia’s reserves at 716 billion barrels, of which 51 percent are recoverable. It is the recovery figures that are the questionable part, as the global recovery average is some 30 percent, which suggests Aramco is being overly optimistic about what it will be able to extract.

The real estimates need to be revealed. If Aramco’s numbers do come up short, the ramifications on the world economy of a Saudi oil shock would be devastating. Perhaps the best solution would be for the world to start moving more quickly toward alternative fuels rather than relying on debatable recovery estimates.

ADDITION (March 25): A source close to Aramco spoke with a retired senior player at the company a few weeks ago (early March) and asked him whether Al Hussaini's original doubts about Saudi's inflated reserves were true. The former executive, who had been involved in exploration, confirmed that they had "played too much" with the recovery levels of oil in place, but would not go on the record with the press to go public on this contentious issue.
Clearly Al-Hussaini was pressured by Aramco management/KSA government to do a u-turn. What is striking is how industry publications and the WSJ took Al-Hussaini's statement in February as 'gospel truth' and didn't investigate further. Then again, how informed the author of the WSJ blog article, Angus Mcdowall, is about oil is questionable, given that he reiterated the lie that Saudi is the top oil producer - "Saudi Arabia set to remain the world’s biggest producer for some time yet" - see (http://blogs.wsj.com/source/2011/02/09/saudi-oil-reserves-and-the-wikileaks-chinese-whispers-effect/) - when, as I state in the commentary, it is in fact Russia with 10.23m bpd as of March, 2011 and Saudi with 10.121m bpd. - See http://www.bloomberg.com/news/2011-03-02/russian-oil-output-remains-near-post-soviet-record-in-february.html and http://www.sfgate.com/cgi-bin/article.cgi?f=/g/a/2011/03/23/investopedia51363.DTL

Photo via Wikicommons
Posted by Paul Cochrane at 2:11 PM