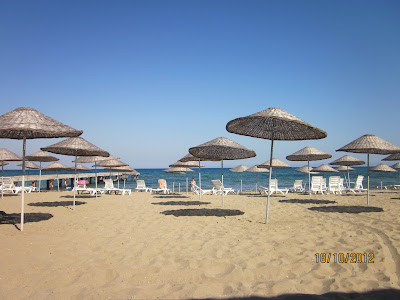 
Real estate has only recently started to come under the regulatory AML spotlight shone on other sectors, says Paul Cochrane, and not before time.

Money laundering into real estate (MLRE is the acronym in AML circles) has not garnered the same attention as the drug trade, sanctions enforcement or combating the financing of terrorism (CFT). Indeed, as Louise Shelley, founder and director of the Terrorism, Transnational Crime and Corruption Centre (TraCC) at George Mason University, Virginia, USA, observes, there has been surprisingly little research done globally on MLRE compared to other sectors.
“We have so little data on MLRE in general. We don't know how much is related to corruption, transnational crime or terrorism. I think the problem is as bad or worse than a few years ago,” she said. Shelley recalled how, in her testimony to the US House of Representatives financial services committee's task force to investigate terrorism financing in September (2015), she stressed that "if there are no reporting requirements in this area, then there's an enormous loophole that can be used." (1)

The US is not alone in not treating MLRE as an AML priority. At the Financial Action Task Force (FATF) plenary in Brussels in October (2015), MLRE was suggested as a future typology topic, but was turned down. Instead half of the meeting was spent on ways to curb Islamic State (IS). “This doesn't mean MLRE is not an issue but it is seemingly not a priority,” said a senior source from European AML body Moneyval. The latest FATF 'Guidance for Real Estate Agents' was published in 2008 (2). “A big issue is that FATF has not really focused on this, never issuing best practices or a risk-based approach for real estate agents,” he added.

Meanwhile, the scale of MLRE could be eye-watering, based on the limited research available. “Real estate accounted for up to 30% of criminal assets confiscated in the last two years, demonstrating this as a clear area of vulnerability,” stated FATF in its June 2013report 'Money Laundering and Terrorist Financing Vulnerabilities of Legal Professionals'. Shelley's research has shown that in Colombia between 1997 and 2004, some US$10 billion was laundered into real estate, with only a fraction of the amount confiscated. Her studies have also shown high rates of suspected MLRE in Turkey and the United Arab Emirates (UAE). She highlighted tourist accommodation and high-end residencies as convenient vehicles for laundering illicit money, with cash-based economies particularly vulnerable.
More recent cases show MLRE is a serious concern. In 2014, an international drugs trafficker was convicted by a Miami, Florida court for laundering over US$14 million in narcotics proceeds by buying high-end real estate and luxury vehicles. (3)
In the UK, a report released by Transparency International-UK in February (2015) stated that, between 2004 to 2011, more than UK£180 million (US$276 million) worth of property was brought under criminal investigation as the suspected proceeds of corruption. (4)

Such exposure has prompted the UK to start taking MLRE more seriously. In a speech in Singapore in July (2015), Prime Minister David Cameron said that with “UK£122 billion [US$187 billion] of property in England and Wales owned by offshore companies we know that some high-value properties – particularly in London – are being bought by people overseas through anonymous shell companies, some of them with plundered or laundered cash.” (5) There are more than 100,000 property titles in Britain registered to overseas firms according to Cameron and the TI-UK report.
This concern may be heightened by FATF's explicit reference to MLRE exposure in its standards. Recommendation 22 states that “customer due diligence and record-keeping requirements set out in Recommendations 1, 11, 12, 15, and 17, apply to designated non-financial businesses and professions (DNFBPs)... including the buying and selling of real estate.” Meanwhile Recommendation 20 states that real estate agents are another gatekeeper in terms of assessing risk and carrying out due diligence.

But there is recognition that the real estate sector has generally not been abiding by the Recommendations. "Whenever I go to do evaluations it borders on the comical when we meet real estate agents. The level of due diligence is far behind any other gatekeepers,” said the Moneyval source. “I'd say the biggest vulnerability is that those involved in real estate transactions, usually the agent or a notary, don't see the risk or appreciate it. What we see in Moneyval countries is that they don't really conduct any due diligence, especially on sources of funds.”

How many, sorry, few reports?

In the UK suspicious activity reports (SARs) from the real estate sector accounted for 0.05% of overall filings from October 2013 to September 2014, according to the National Crime Agency (NCA). “Our judgment is that the level of reporting is too low by the government, private sector, and the National Association of Real Estate Agents,” said Nick Maxwell, Head of Advocacy and Research at TI-UK. He chalked this down to a lack of awareness in the sector, not least since anyone can set-up as a real estate agent.
The UK's Office of Fair Trading issued fines against three real estate agents for almost UK£250,000 (US$384,593) in March 2014, but since HM Revenues & Customs took over responsibility for AML enforcement, in April 2014, there have been no further sanctions.
“There's not been any action yet [by HMRC], so there's little reason for real estate agents to fear sanctions to improve standards. It is not just real estate agents but also professional enablers, as transactions include lawyers, accountants, and financial service providers, which should be covered by AML regulations,” added Maxwell. “But with hundreds of millions being laundered, if you compare that to the fines, it is questionable if fines are a deterrent.”

No cases in Eire

In Ireland, MLRE has not surfaced as a prevalent issue. “I never encountered an instance of money laundering through real estate deals. There have been fairly well documented incidents of mortgage fraud, but actual laundering schemes, I've not personally seen that,” said Shane Martin, a Regulatory Compliance Director at Walkers, an international financial law firm in Dublin, and a former regulator at the country's central bank.

Opposition to regulation plays its part.“The agents know the problem, but if the sector was better regulated and required to report SARs, it would mean a lot of real estate deals would come apart, especially foreign deals, as laundered money usually goes into more expensive property,” said Shelley. “In the US, it would need Congress to enact legislation, and if justified in terms of national security, there may be some change.”
Jurisdictions have also been turning a blind eye to MLRE due to the capital inflows. Dubai, in the UAE, is a case in point. A compliance officer at an Arab bank, who asked not to be named, said that MLRE was a primary cause of the 2008-9 financial crisis in the region, and is an ongoing problem. “Of course it is happening. It is known and the talk of the town, but that is it,” he said.

That said, some jurisdictions are getting more serious about MLRE, partly due to the heightened international focus on corruption, tax information-sharing, and transparency of company ownership. In the UK, the Land Registry is slated to publish data later this year on foreign ownership of real estate in England and Wales to heighten transparency about beneficial ownership in the sector. In the US, 17 non-governmental organisations sent a letter to the Treasury Department’s Financial Crimes Enforcement Network (FinCEN) asking to repeal certain provisions granted to the real estate sector in the Patriot Act in 2002. (6).
Media exposures about shell companies driving up property prices in New York have also had an impact (7). This was followed up in July by New York City requiring new disclosure requirements on shell companies buying or selling property (8) and on January 13 this year, FinCEN imposed Geographical Targeting Orders that will require certain US title insurers, which play a central role in most property transactions, to report the beneficial ownership details of companies used to pay "all cash" for high-end residences in Manhattan, New York and Miami-Dade County, Florida.(9)
“New York's decision on beneficial ownership came at the same time as Cameron's announcement, and these [together with the FinCEN orders] are promising policy developments. We are seeing an era of secret ownership of property coming under pressure,” said Maxwell.
The Fourth EU Money Laundering Directive (4MLD) – to be implemented by July 2017 – also fosters increased transparency of property ownership, requiring EU member states to hold information on beneficial owners of all corporate and other legal entities in a national central register. How such requirements are applied will be key to any success. “The CEPI-CEI (European Council of Real Estate Professions) recognises the need to have strong rules in place at a European level. It is vital that those rules are proportionate to the risk involved and do not represent an unreasonable burden on professionals working in the sector,” said a spokesperson.
But even if real estate agents file more SARs and carry out effective due diligence, supervision at the national level remains an issue.“In many countries there are not enough resources to supervise the financial sector, so who will supervise the real estate sector? Another issue is that the new methodology of FATF is very focused on higher risk areas, so if the real estate sector is considered to not pose significant risk, then resources will not be allocated,” said the Moneyval source. Some countries are also deregulating real estate agencies. “If they don't know the number of agents nationally, how can they know what the market looks like to supervise it?”

Great piece of information about real estate! I am so impressed to read all these details. I am thinking to buy a new home and will consult my real estate agent for investing in Luxury Real Estate in Dove mountain. I hope to find dream home within my budget.