Hot Air in the Saudi Desert: a Kingdom in Descent? 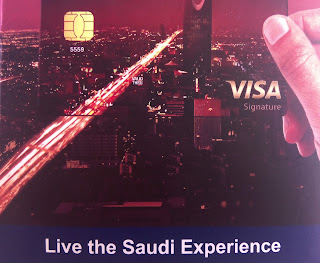 The Kingdom of Saudi Arabia (KSA) is in financial dire straits. Since the plunge in oil prices, the kingdom has been hemorrhaging money left, right and center. It has provided billions of dollars to shore up counter-revolutionary governments around the Middle East, especially Egypt, it is heavily involved in the Syrian conflict, and is burning through some $6 billion a month waging war on impoverished Yemen. The country needs oil to be $104.6 a barrel, according to the Institute of International Finance, for its budget to break-even; the current price is around $45.


Finances have become so tight that from being the second largest importer of armaments worldwide in 2010–14, deputy Crown Prince Mohammed bin Salman (MbS) has said the kingdom aims at sourcing up to 50 percent of arms from local producers to help diversify the economy. It is as much of a pie-in-the-sky idea as turning KSA over the next several years into a knowledge-based economy.

What is also indicative of the financial difficulties ahead is that commercial banks have tightened lending to anyone outside of the government, with the state the primary borrower, according to a senior financial officer in Riyadh. “There is a liquidity crunch at the banks, and it is the government that is borrowing, so companies are suffering,” he said.

Stories abound across the Middle East – the whole region’s economies are intrinsically linked to Gulf petro-dollars – of salaries and contracts not being honored due to cash-flow problems within the KSA government and at major companies. Indeed, Saudi construction firm Binladin Group laid off over 12,000 Saudi employees this week, and a further 77,000 foreign workers were given the given the boot.

According to the same source – and not reported in the media – state-owned petrochemical giant SABIC has been laying off workers as well. With government investment drying up, as for oil giant Aramco, funds are instead being diverted to minerals and gold vehicle Maaden, which had been sidelined when oil prices were high, and now a priority in these low oil price times.

To try to mitigate such economic pressures, Riyadh is planning a Thatcherite sell-off of major government entities to drum up more cash. It is causing a lot of excitement and comment in the financial pages, as top of the pile is the plan to float an initial public offering (IPO) of up to 5 percent of Aramco, supposedly the world’s largest oil producer and valued at some $2 trillion. The plan ties in with MbS’ recently announced ‘Vision 2030‘ to diversify the kingdom’s economy away from hydrocarbons, which account for 70 percent of government revenues and 90 percent of exports. MbS even stated that the economy would be weaned off oil by 2020; a curious date, as it is the same as the IMF have predicted the kingdom could be effectively bankrupt.

The problem is that KSA will not have diversified by then, or most probably by 2030. As one analyst put it, MbS is “pulling the wool over everyone’s eyes” by implying the country can stay afloat without oil. Indeed, hydrocarbon revenues are critical to enable diversification in the first place. And if oil revenues are not readily available, which they are not, then private funding is needed, but that too is now limited at commercial banks. Furthermore, Riyadh has talked of weaning the economy off oil for decades, yet the most notable financial success in that effort has been in petrochemicals, a spin-off industry of oil extraction.

There has also been significant talk of Saudization – the hiring of Saudi nationals instead of foreign workers. That too has been a failure, with just over 40 percent of Saudis making up the labor market (just under 30 percent are employed by the state). Even with the requirement for firms to hire Saudis, the private sector has been loath to do so, as any off-the-record discussion with managers will tell you. “I’ve hired some Saudi women, as they are likely to stay around, but men? No. When I’ve hired Saudi males it’s a challenge to maintain them, and often they will not even show up. They’re also not easy to fire. It is a headache, and counter-productive,” said one manager at a Saudi conglomerate. Firms end up employing foreigners to do the work Saudis are supposed to do. The same applies for all the dirty and sweaty jobs in summer temperatures typically above 104 Farenheit. Yet KSA will need as many as 6 million additional jobs by 2030 to cater to the burgeoning population.

“The government is no longer in a position to hand out jobs willy-nilly. It has to be through the private sector, but that needs radical change in the educational system, which will take years, as it is heavily focused on academia, like Islamic studies or math, not vocational studies like plumbing. This is the issue, and jobs need to be filled by Saudis, or else there’ll be huge unemployment,” said a London-based analyst.

Incentives to work in the private sector also need to be overhauled, with the unemployment program providing some 2,000 Riyals ($533) a month, which is more than the salary for many jobs. Such benefits are in jeopardy, but that is something Riyadh cannot afford to renegade on, as government fiscal support is essential for the monarchy to stay in power. Even when the government has tried to reduce expenses, like cutting subsidies for water and electricity back in December – prices rocketed by up to 1,000 percent for water – the public backlash caused Riyadh to back-track, with the utilities minister saying in March that citizens could get permits to dig their own wells due to the higher prices; he was sacked in April.

The biggest challenge lies with MbS’ plans. Privatizing part of Aramco would force the country, and the company, to be more transparent, something the Saudis have balked at since Aramco was nationalized, while no updated oil estimates have been published since it was un-incorporated from Delaware in the 1980s.

Indeed, for there to be any investor confidence in the Aramco IPO, oil reserves will need to be published, yet just the nine-member executive committee know the true figures, according to a source at Aramco. Furthermore, if a US Embassy cable from 2007, leaked in 2011, is anything to go by, Saudi Arabia overstated crude oil reserves by up to 40 percent. Sadad al-Husseini, a former vice president and head of exploration at Aramco, was forced to tell the media following the revelation that he had been “misrepresented” by the US diplomats, and he “did not question in any manner the reported reserves of Saudi Aramco.”

Such concerns about actual reserves, and what oil price to base the IPO on – $45 a barrel, or an optimistic $100? – is likely to result in a dual listing, in KSA and in London or New York. In any case, only big players are likely to get a cut of the action, as to gain access to the Saudi stock exchange, the Tadawul, foreign investors have to have around $5 billion in assets under management.

Key to the whole Vision 2030 malarchy is MbS, the son of aging and reportedly unwell King Salman. Speculation is rife as to how long King Salman will live, and – the multi-billion dollar if – MbS will replace him on the throne. MbS has certainly annoyed many in the Saudi establishment, as well as among the legions-strong royal family. He has also annoyed the wealthy by repeatedly stating they should contribute to the country’s transformation, and has imposed a White Land tax, on undeveloped land, which was long used as a form of patronage and speculation. If MbS falls from grace, what will happen with the Vision and privatization plans? As it stands now, it will all be hot air. But trouble is undoutedly brewing as oil prices remain low, problems abound within the kingdom and the wider region, and by even the most optimistic outlook, diversification efforts will flounder.
Posted by Paul Cochrane at 5:08 PM No comments: