If and when - to bank Iran: Anti Money Laundering and Combatting the Financing of Terrorism 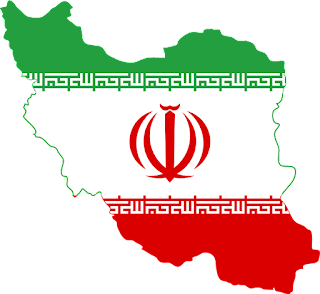 The international agreement limiting its nuclear ambitions signed, Iran is 'open for business'. But US sanctions remain largely in place, adding to Western banks' caution in dealing with the Islamic Republic, so long a pariah state. The biggest challenge, says Paul Cochrane, will be to reintegrate the country's financial institutions into the international system when they have spent years adapting to and circumventing sanctions.

Financial sanctions were imposed by the United States following the revolution in 1979, and ramped up during the Clinton and George W. Bush administrations. Multilateral sanctions, imposed by United Nations Security Council resolutions (UNSCRs) and the European Union (EU) from 2007 onwards, especially in 2011, hit Iran even harder, narrowing an already limited window to operate in the international financial system.

“One of the Iranians' primary objectives was that the financial sanctions originating from the EU and UNSCRs were removed within the comprehensive nuclear deal, whereas they were less concerned about US financial sanctions as Iran has lived with those for over three decades, and the systems to move around US sanctions have been well oiled within the country,” noted Emad Kiyaei, executive director of the American Iranian Council. The Iranians' objectives have been largely met. The EU and UNSCR's sanctions have been significantly eased, although crucial designations remain concerning terrorist financing and human rights. Attention now turns to bring Iran's outmoded financial and compliance machinery up to current international standards.

The Financial Action Task Force (FATF), in October 2015, stated that it “remains particularly and exceptionally concerned about Iran’s failure to address the risk of terrorist financing and the serious threat this poses to the integrity of the international financial system”. The body warned that if Iran fails to take concrete steps to improve its CFT regime, it will consider calling on all countries and jurisdictions to strengthen counter measures against it. The message was repeated at the February 2016 plenary.

FATF's hesitation to act is not surprising – it voiced the same concerns in June 2014, with an October 2015 deadline that passed without any action - but reform is clearly needed. “Iran's banking sector is in a difficult situation given they have shouldered the majority of the burden of the strangling sanctions. Major reforms are required, with many Iranian economists agreeing that the banking sector is a ticking bomb in terms of deficiencies and shortcomings,” said Ali Vaez, Senior Iran Analyst at the Brussels-based International Crisis Group.

Part of the problem is that smaller banks in Iran are almost designed to be sanctions-busting institutions. The more recent sanctions, especially those imposed on the Central Bank of Iran (CBI) and major state banks, forced change on the domestic financial system. “One phenomenon, witnessed under the (EU and UN) sanctions was the mushrooming of private banks. The Iranians needed ways to get around sanctions, so a lot of smaller banks were basically a part of a game of cat and mouse that allowed Iran to survive the storm of sanctions,” said Vaez.

The  fledgling institutions developed ties with small and medium-sized banks in Asia, particularly Malaysia and India, but also Russia, the United Arab Emirates (UAE) and Oman, to indirectly access the international system. Creative ways to move money proliferated - through trade-based money laundering (TBML) and barter, including the “gold for gas” deals with Turkey, which surfaced in 2014. Smuggling increased, empowering factions like the Iranian Revolutionary Guard Corps (IRGC) to take a direct role in the black market; so corruption spiked to keep trade alive, diverting it through non-official channels.

The restrictions imposed on Iran “led to the most comprehensive and innovative web of ML and circumventing ventures on a national level in the history of sanctions. The mechanisms for breaking sanctions have been institutionalised,” said Kiyaei. “A major cause of corruption, nepotism and cronyism is due to the reliance on so many players to circumvent the sanctions. It's a chronic problem, which does not bode well for a more transparent regulatory system to be put in place.”

Compliance - a culture of workaround

Any change in the short term will be difficult. The CBI brought in a formal AML regime in 2008, but a compliance culture has not been embedded in financial institutions - unsurprisingly, since many were previously encouraged to break rules to work around the sanctions. “There is now a mentality of constantly moving around restrictions, be it government-imposed sanctions on how to lead your life – censorship - or sanctions on the central bank, financial institutions and the economy. This has created, from an anthropological point of view, a crazy society, a tendency towards circumvention,” said Kiyaei.
Furthermore, there appears to be little political room to force through economic and banking reforms. “The difficulty is that (President Hassan) Rouhani almost exhausted his political capital to bring about this nuclear agreement, so there's less appetite for structural reforms,” said Vaez.

If there was any doubt about the scale of the task he faces, Iran was ranked number one in the Basel Institute on Governance's AML Index 2015, as well as in 2014, with the caveat that it was boosted to the worst spot by lack of data on the sector available from the CBI and the local financial sector (see my MLB article on Iran in 2014). Gauging the true extent of Iran's AML deficiencies is therefore difficult: with its well-entrenched siege mentality, the government in Tehran is not tuned into transparency.

“When you cut off Iran from the world, the world is cut off from Iran, so when a major part of the economy goes into the shadows then regulatory transparency measures are almost impossible to implement. What is interesting is that the Iranians are obsessed with statistics – the data is actually pretty decent - just access to it from outside entities is deemed a national security issue at a time of sanctions, and there's an access problem as there's no presence of Western (financial services) outfits,” added Kiyaei.

Iranian financial institutions have also encountered obstacles when trying to access lists of designated individuals and entities under sanctions, because - in a cold irony - the relevant software could not allowed to be traded under the EU and US sanctions. While this has been lifted, restrictions remain in be sold to them under EU and US sanctions. Although this bar has been lifted, restrictions remain on sale of software with possible nuclear or military application.

“The Iranians wanted access to the Bankers Almanac (for due diligence in correspondent banking) but the software vendors were accused of breaching sanctions. The Iranians have been going around in circles as they can't buy information to do AML checks,” said Nigel Kushner, CEO of W Legal Limited in London. “I'd be surprised if the majority of banks have any reputable screening in place.”

Iranian financial institutions are struggling for re-acceptance by their peers overseas, which might also act as a discouraging break on moving to adopt international standards and take compliance seriously. Iran has been readmitted to SWIFT, the secure payments messaging network used by banks globally, but its banks still need to find correspondent banks to handle their transactions.

The newer “private banks haven't necessarily got the knowledge or track record which some counterpart banks are looking for, so they will suffer in that aspect. Many (Western) banks are taking the line: the money we will make is not worth the exposure. I've not seen any signs of clearing banks jumping back into the Iranian market, and an additional issue at the moment in London is Iranian banks can't find a clearing bank,” said Kushner.
Similarly, Western banks are reluctant to enter Iran amid ongoing uncertainty over sanctions - whether they might "snap back," as envisioned in the Joint Comprehensive Plan of Action; the country's domestic environment; and substantial past fines for violations by US regulators. “Big banks remain reluctant to re-engage in the Iranian market out of fear the (nuclear) deal is not as sustainable as it appears given opposition (by certain political factions) in Tehran and Washington DC, while banks paid huge fines for previous work with Iran so are very risk adverse,” said Vaez.

Some of the fines are fresh in the corporate memory: in November 2015, Deutsche Bank was fined US$258 million, and in October 2015, France's Credit Agricole was fined US$800 million by the New York State Department of Financial Services for violating sanctions on Iran and Syria. In 2014, France's BNP Paribas was fined nearly US$8.9 billion for violating US sanctions against Iran, Sudan and Cuba.

These fears are reinforced by US government statements that it is not yet time for business-as-usual with Iran. In addition, past recommendations and regulatory settlements restricting trade with Iran often still stand. “In 2011, the US said Iranian banks were a source of concern for ML, so foreign banks will have to do enhanced due diligence, and secondly, many of the large UK clearing banks have been fined by US enforcement agencies over the past several years and entered into settlement agreements. In many cases they're not to have any dealings with Iran or Iranian banks, and the US said (in January) the easing of sanctions does not supersede these agreements. So some banks have their hands tied behind their backs,” said Kushner.

Image via Wikicommons.
Posted by Paul Cochrane at 12:30 PM