Islamic Finance: Closer to the spotlight

While there is clearly a demand for more socially sustainable banking, Islamic finance experts are calling for a slow and steady approach to developing the sector. Paul Cochrane reports 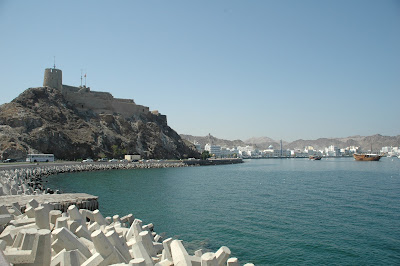 Oman has introduced a new Islamic banking regulatory framework and amended laws to level the playing field with conventional finance.


Despite its high profile, Islamic finance is arguably still stuck in third gear. Valued at more than US$2 trillion worldwide, and having grown exponentially over the past decade, the niche financial sector nevertheless has yet to achieve the critical mass that will take it to the next level and challenge conventional finance more effectively.
Islamic finance is ethical finance. By eschewing debt, interest and speculation, the sector is trying to harness populist sentiments that oppose the darker side of conventional finance and which have been in full flow since the global financial crisis.
Omar Shaikh, executive board member of the Islamic Finance Council UK, says: ‘There seems to be an increasing narrative around ethical finance and Islamic finance converging. This is particularly poignant against the background of the financial crisis and ongoing banking scandals. Unfortunately it does not seem to be a one-off blip, as mis-selling, rate fixing and other scandals are repeatedly occurring, yet there seems no material systematic change in the banking framework. Considering this and the ongoing austerity measures, society is still hurting from the banking crisis, and people are eager to see a more socially conscious form of banking.’
In the wake of the sub-prime financial crisis, Islamic finance has garnered significant attention as an alternative financing model. Its instruments are considered better suited to financing infrastructure projects in cash-strapped, debt-averse developing countries, while its more ethical principles are fast colonising a growing niche in conventional finance.
Indeed, Turkey, which last year held the presidency of the G20 group of major economies, organised a meeting in Istanbul in May along with the Global Islamic Finance Development Center of the World Bank to discuss how Islamic finance can contribute to global economic recovery. Discussions are also under way between the Islamic Development Bank and China to use Islamic financing in the recently launched Asian Infrastructure Investment Bank (AIIB).
However, the instruments and mechanisms needed to allow the sector to capitalise on its virtues are not yet there. Shaikh says: ‘The current environment is certainly an opportunity for Islamic finance, but perhaps an opportunity that has come too early.’
The International Centre for Education in Islamic Finance (INCEIF), a university set up by Malaysia’s central bank to develop human capital for the sector, is actively researching ideas in the Islamic finance space. The goal is to have potential frameworks available when the timing is more opportune. Obiyathulla Ismath Bacha, professor of finance at INCEIF in Kuala Lumpur, says: ‘We are coming up with prototypes of how Islamic finance should be. The next issue is to apply them in practice, which has not happened yet as commercialisation has not taken place.’
Malaysia has grown into one of the world’s Islamic finance hubs because of its willingness to innovate. Bacha says: ‘The Malaysian position is “let’s experiment and keep to the spirit of sharia, although not necessarily to the letter”. That model has worked well, and that’s why we’re pioneers.’
One of the most crucial developments is Malaysia’s Islamic Financial Services Act, introduced in 2013 to provide a stronger legal platform to develop the sector. It set up a comprehensive regulatory framework covering the various Islamic financial contracts for products and services. Bacha says the law came into effect last year, and is seeking to change the way Islamic finance is carried out. It could become a global benchmark for the sector.

He adds: ‘I’m sure there will be mis-steps that need corrections along the way, but if all goes according to plan, in 10-odd years the Islamic finance topography will be totally different. What has been happening until now is pseudo conventional banking that has come in for a lot of criticism, and it’s easy to see why.’
Islamic finance institutions have come in for criticism for not following sharia principles closely enough and for lack of transparency. This is attributed to the relatively recent arrival of the sector, which has only developed since the 1970s. As a new industry, needing to bring depositors on board, it could not be radically different from conventional banking because of the financial risks involved. However, as the sector has matured, it has started moving away from the path of least resistance and more in a sharia- compliant direction.
Such diversity has meant a lack of standardisation at a global level. As anyone who has ever been to an Islamic finance conference will confirm, this issue is well recognised, and invariably the subject of a keynote speech. But with the sector having grown by 17.6% between 2009 and 2013, and forecast to grow by an average of 19.7% a year to 2018, according to EY figures, not all observers agree that formal standardisation is needed to ensure growth. Instead, they believe the focus should be on making the sector truly sharia-compliant, while allowing for diverse solutions from that base.
Samer Hijazi FCCA, director in KPMG’s financial services practice, in London, says: ‘So much has been said about standardisation, but I’m not 100% sure it is that great an issue. The dealings between [the Islamic financial hubs of] the Gulf, the UK and Malaysia have not caused that much trouble. What I’d like to see is greater standardisation around governance and compliance frameworks, and what compliance and regulations are going on in the background, so that investors are confident they are dealing with a truly Islamic finance institution.’

Shaikh sees such an approach helping align Islamic finance structuring and models across the board. The UK’s issuing of a sovereign sukuk (an Islamic bond) is an example – it was announced in 2007 but did not happen until 2013 when the necessary structures were in place and the regulatory framework amended. Another example is Goldman Sachs’ first US$500m sukuk, announced in 2012. Its structure was initially contentious and the bond didn’t float until two years later after issues had been resolved. When these sukuks finally floated, they were both heavily oversubscribed, indicating the interest in long-term structured returns.
Elias Moubarak, head of finance at law firm Trowers & Hamlins in the UAE, says: ‘Penetrating a market that doesn’t encourage that product means a tough sell. That’s why Islamic finance needs support at a policy level to create a level playing field. As we see policymakers react, we should see a regulatory regime develop that encourages socially sustainable investments.’
Such progress is afoot. Oman introduced a new Islamic banking regulatory framework and amended laws to level the playing field with conventional finance in 2012. The Gulf state issued a sovereign sukuk last year.
Hijazi thinks a slow and steady approach is best. While opportunities for greater Islamic financing abound, and there is clearly demand for more socially sustainable banking, he thinks the sector should consolidate further and strengthen its foundations before rolling out new instruments and services. ‘I wouldn’t want to go down the innovation route over the next 12 months,’ he says, ‘but get houses in order and go for innovation down the line.’