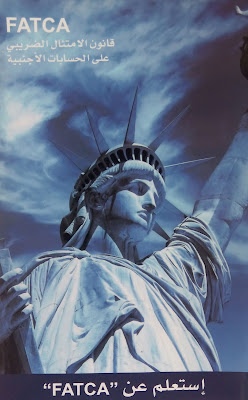 The United States’ Foreign Account Tax Compliance Act (FATCA) went into effect on 1 July 2014. A year on, financial institutions are filing for the first time, but teething problems abound, Paul Cochrane discovers, with some banks no longer accepting new US clients and registration volumes far below expectations.

FATCA, which requires foreign financial institutions (FFIs) to provide information on US accounts above US$50,000 to the US' Internal Revenue Service (IRS), has been a complicated piece of legislation from the get-go. The over 1,000 page Act, which is aimed at curbing tax evasion, was delayed repeatedly after its passage in 2010, as US authorities worked to persuade more jurisdictions to sign Intergovernmental Agreements (IGAs), and FFIs to secure a Global Intermediary Identification Number (GIIN).

The uptake was slow due to FATCA's extra-territorial nature, requiring legislative changes in many countries, including override of national banking secrecy and to effect financial institution reporting to a foreign jurisdiction.

With FFIs having to screen all clients for US indicia as well as hiring new compliance staff, FATCA has proved both onerous as well as expensive to implement; it has cost an estimated $8 billion worldwide.

Aware of the complexities, IRS set a 'transition' period, running to the end of 2015, for 'good faith' compliance efforts by FFIs; only then would it start cracking down on what it terms 'recalcitrance' via a 30% withholding tax on US-sourced income, and the risk of being shut out of the US financial system.
Despite the transition phase, the legislation's complexities has already led jurisdictions to extend reporting deadlines, notably one of the first to sign up to FATCA, the Cayman Islands, a FATCA world leader, with 30,868 FFIs registered, pushed the date for providing details of its US reportable accounts back to 26 June 2015. Luxembourg extended its deadline from 30 June to 31 July 2015.

“The IRS has extended FATCA reporting for 90 days, if you ask for it,” said Malek Costa, Head of Group Compliance at BLOM Bank in Lebanon, which operates throughout the Middle East. “The real issue was with the software, at first we thought it would be easy to extract data from the core banking system and send it to the IRS but it has been a difficult task and took a lot of time. It involved many processes starting from getting the authorized certifications, buying necessary software that transform the file to be reported into .xml schema, encrypting it and then decryption when extracting the IRS response when validating the file.”

It is not just upgrading software that is causing issues for financial institutions. “Bankers are frustrated at the amount of paperwork, and US citizens with the extra paperwork, of 80 pages compared to 5 to 10 pages in the US,” said Liz Zitzow, Managing Director of British American Tax, a London-based US accounting firm.

The extra form-filling is expected to generate numerous problems, particularly filing figures that correspond with other tax files; filing on the value of shares; around beneficial ownership and exchange rate differentials. “I think everyone is going to be off the mark and figures that match will be less than 5 percent,” added Zitzow. For example, “tax filers don't use the exchange rate that banks use as many people do their own forms.”
Filing issues are compounded by the 7.6 million US citizens abroad having to fill in the Foreign Bank Account and Financial Accounts Report (FBAR), a BE-10 form on foreign affiliates, and other tax forms. “I estimate there will be around 100,000 false positives on FATCA,” said Professor William Byrnes, Associate Dean of Special Projects at Texas A&M University's School of Law. “I find the forms difficult, and I've written a 1,500 page analysis on FATCA. Many issues are unsolved or unworkable.”

A concern for FFIs is that the IRS will audit institutions over the data they send, with the ability to go over 10 years of records.
“They have the data to match taxpayers information with the information they're receiving from financial institutions. So if the IRS knows Mr X made a transfer from the US to an account in bank Y, and the bank did not report this account, the IRS may ask bank Y if the account is still active. If the bank says yes, the IRS will ask why it wasn't reported. They could investigate,” said Costa. “If the client declared non-US status with no US indicia in the electronic and paper records, the bank is then covered. The reason for doing enhanced due diligence is to mitigate the risk of identifying the accounts with US indicia and thus minimizing IRS investigations. This is a conservative approach for applying the FATCA procedures.”

While banks have to screen for clients above $1 million, the next IRS requirement, by 2016, is to screen for all US clients.
An unintended consequence of FATCA has been Americans renouncing their citizenship due to the extra due diligence. Already a record 1,336 Americans have done so in 2015, according to the IRS, while earlier this year a survey by the deVere Group, a financial consultancy, found that 73% of expatriate Americans were considering relinquishing their passports due to FATCA.

Banks are also shunning American clients, unless high net worth individuals, due to the extra due diligence required. “Over half of UK banks will not take Americans anymore,” said Zitzow.
Furthermore, FATCA is impacting the employment prospects of American managers abroad due to filing requirements. “Many Americans are becoming unemployable as they are not being given signing authority as (companies would then be) exposed to FATCA,” said Jim Jatras, Manager of RepealFATCA.com in Washington D.C.

Not a priority for all

But despite the fallout (or maybe because of it), there is still a long way to go for global FATCA compliance. As of June 2015, 165,461 FFIs have registered on the IRS FATCA portal, according to Byrnes. Such a figure is well below what the IRS initially suggested, of 500,000 potential FFIs to be registered worldwide, while others suggested 800,000 to 900,000 FFIs. Indicative of the low uptake, the HM Revenue & Customs estimated that 75,000 UK financial institutions would be impacted, yet just 23,256 GIINs are in place in the mainland UK. The UK and its 10 main dependencies and overseas territories – the Cayman Islands, the British Virgin Islands, Montserrat, the Turks & Caicos Islands, Anguilla, Bermuda, Gibraltar, the Isle of Man, Jersey, and Guernsey - comprised 74,694 of the GIINs, representing 45% of the total, according to Byrnes. Of concern to global roll-out, of the four BRIC countries, there are just 8,254 FFI registrations. “At the end of the day the lagging GIIN registrations tell us FATCA is a back burner issue for most foreign governments,” said Byrnes. “The IRS should have upfront employed a more diplomatic and inclusive stakeholder approach.”

“The IGAs are potentially a weak link as without them FATCA is not enforceable - as the IGAs are not legal [agreements in the conventional sense], having not gone through Congress or the usual international treaties processes, and these vulnerabilities could be exploited,” said Jatras. There is a degree of uncertainty about the “consequences of sanctioning foreign institutions.”

Meanwhile, FATCA is not expected to repatriate the amount of tax stated by the IRS and US Treasury in 2010 of more than $100 billion annually. In 2013, the Congressional Joint Committee on Taxation estimated that FATCA “will generate additional tax revenue of approximately $8.7 billion over the next 10 years,” or $870 million a year. “That is a pretty big difference. So where did the $100 billion come from? It was made up. My conclusion is FATCA will never pay for itself, as amounts are so small in the big picture of things,” said Byrnes. “The goal was already being achieved through the normal tools the IRS has at its disposal and through negotiations with Switzerland. There were 150,000 evaders before FATCA. Now, 100,000 of them have been caught (through tax evasion probes into banks in Switzerland and elsewhere), so that leaves only 50,000 left. As a percentage of 150 million tax payers, that is not even a correction error. A 50 percent whistle blower reward to find a tax dodger would have been a better idea.”

With some banks reluctant to on-board US customers due to the extra due diligence, and certain Americans not wanting to hand over their financial data to the IRS, an up-tick in financial crime is expected. “I think shell companies will increase as it is a way to evade tax, although AML (anti-money laundering) procedures are playing a strong role in fighting tax evasion by finding out who is the real beneficial owner of an account as this later may be a US person,” said Costa.

Looking ahead, FATCA is expected to play a role in the upcoming US presidential elections, with Senator Rand Paul proposing through Senate Bill S66 amendments to the IRS Code, which would amend FATCA. Also, the Organisation for Economic Cooperation & Development's (OECD) tax information sharing initiative is gaining steam, which could have implications for FATCA implementation and compliance.
Posted by Paul Cochrane at 4:09 PM