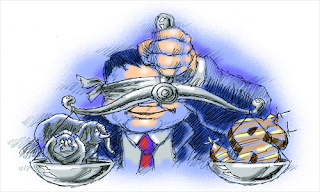 Just over a quarter of a century ago, in 1989, an international ban on ivory was imposed. It initially had great success, certainly in making the owning of ivory taboo in much of the world. Many owners of ivory duly packed their tusks, figurines and jewelry away out of sight.

However, with demand for ivory still there, the ban is not working. Neither has the London Conference on Illegal Wildlife Trade, inked by 46 countries in February 2014 to control the illegal ivory trade, resulted in a drop in poaching. In fact, the illegal trade has doubled since 2007.

According to the Convention on International Trade in Endangered Species, elephant poaching levels in Africa have steadily risen between 2002 and 2014, with over 20,000 African elephants killed for their ivory tusks in 2013.

With poaching once again at catastrophic levels, debate has reignited as to whether a legal ivory trade should be allowed.

There are two camps in this conservationist tussle. One advocates keeping the 1989 ban in force no matter what to protect elephants. The other camp advocates allowing a more controlled, legal trade to curb poaching.

The issue with the ban is that there is clearly demand. As with so many banned items, if there is demand, people will resort to extraordinary measures to get it, especially if there is a good profit to be made. Part of the ban's problem is that the ivory is sourced from countries with low incomes, making poaching economically attractive. As an Ugandan wildlife guide told me, "There is a spike in poaching in the lead up to holidays and when school fees are due, as people's expenses increase."

Another factor undermining the ban is enforcement. Many African countries have increased the number of rangers to protect animals and ward off poachers, but national parks are huge spaces, hard to secure. The army could, for instance, be assigned to such a role, to protect a national resource that brings in tourism dollars via wildlife safaris, but when asked about this option, the reply was that is not the army's role, but instead that of the invariably underfunded environment ministry.

This comes to, well, the elephant in the room regarding the ban: corruption. Many of the African countries where elephants and rhinos abound are highly corrupt, meaning the ban is circumvented through the greasing of palms.

So what should be done to preserve these wonderful, endangered creatures? Quelling demand is one way, which is slated to decline as attitudes change toward ivory, as touted by film star and conservationist Jackie Chan. Dying tusks and rhino horns so they have no commercial value is another option. Using synthetic celluloid ivory, known as "French Ivory," is another solution. Such approaches should be encouraged.

But in our financial system, money is king, and the ivory trade is worth an estimated $18.5 billion a year. A controversial solution is to allow the legal trade of ivory. In the past, one-off sales were made, lastly in 2008. It is since then that illegal ivory sales have spiked, driven in part by speculators stockpiling tusks for greater profit down the line. This has also pushed a lucrative black market.

If legal sales of raw ivory were allowed, through regular auctions, this could circumvent the illegal trade by providing enough ivory to meet demand. The ivory would be sourced from elephants that died of natural causes or that had to be put down.

As a result, speculation and poaching would drop through demand being met, of say 50 tons a year. The proceeds of sales could then be passed on for conservation efforts and help bolster African economies as well as environment ministries.

Ultimately, nobody actually needs ivory, or rhino horns for supposed medical uses; there is no actual benefit. But as the demand is there, a realistic debate needs to occur around how best to deal with the trade as well as to preserve Africa's large mammals at the same time.
Posted by Paul Cochrane at 4:55 PM