Odds are better, overheads low, customers plentiful – online gaming has struck lucky, but is the wise money on the criminal or AML compliance to win? Paul Cochrane checks the state of play. 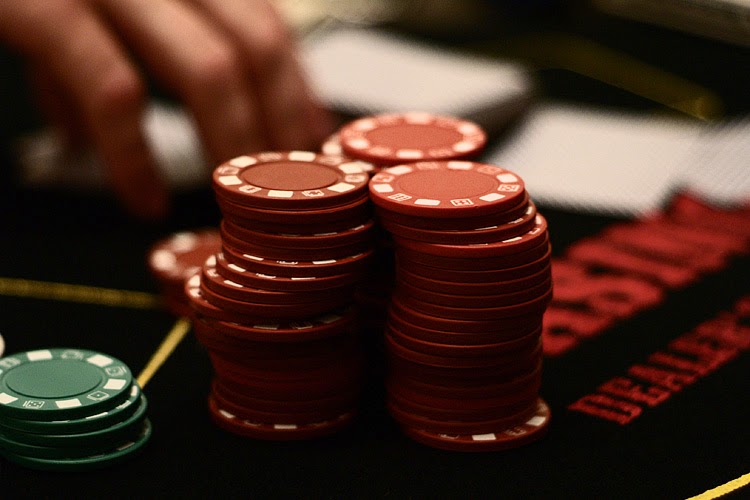 Online gambling is big business – worth US$30 billion a year - and is forecast to grow exponentially: UK-based Juniper Research estimates that betting on mobile devices will reach US$100 billion worldwide by 2017. Where legal, the sector is generally tightly regulated – but, even so, it is widely perceived to be a target for money launderers. Some analysts, as we will see below, suggest, however, that the risks are over-hyped, with too little data to evidence the threat.


Law around e-commerce and the internet is, in general, still in its infancy and weak in most jurisdictions, struggling to keep up with technological change. Similarly, anti-money laundering (AML) authorities are only now beginning to seriously address the nefarious potential of online gambling, e-gaming and related alternative e-currencies.
The Financial Action Task Force (FATF), for instance, only issued specific guidance on application of a risk based approach for casinos in 2008, warning then that illicit funds could be channelled through remotely-accessed (online) games and accounts. The Council of Europe's Moneyval committee issued its first report on e-gambling in 2013, but its risk assessment was qualified due to lack of data; and there has been scant progress since.
“When we did the report, very few financial intelligence units (FIUs) had received suspicious transaction reports (STRs) [relating to e-gambling], and as typologies are generally based on STRs, when it came to analysis already done by the FIUs, we found very little information, so it was hard to understand the extent of the problem,” said a member of Moneyval’s secretariat who requested anonymity. “We thought the problem was maybe due to us looking at a specific geographic region, but the EU [European Union] in its 2012 report faced the same problems,” he said, referring to the September 2012 European Commission Communication (policy paper) “Towards a comprehensive European framework for online gambling.”


When Moneyval conducted its study, said the official, “we thought it was early days, but some time has passed and there is still limited information on the phenomenon of online gambling.” He is uneasy about this, noting: “You could argue that this is a vulnerability in itself, as very few FIUs and enforcement authorities have any information to base analysis on and conduct risk assessments…” Meanwhile, the debate continues, with some experts concluding “that this sector doesn't pose significant or specific risks.”
In the EU, the proposed Fourth Money Laundering Directive(4MLD) recommends extension of AML/CTF controls to e-gambling activities. Even assuming the proposal becomes law, significant political hurdles would remain to be overcome not least as, to date, any common approach to regulation in the area by member states has been notable only for its absence: “There has been no move towards harmonisation at the EU level as many states are very protective with regard to gambling, and why it is outside EU regulations, even not in online regulations, as members states don't want it to be. So it looks like it will be left to domestic regulators,” said Clive Hawkswood, chief executive of the UK-based Remote Gambling Association (RGA).
“Who knows what happens in unregulated markets,” added Hawkswood. “Apparently, there are huge sums going through un-licensed sports bookies in India and elsewhere. But in regulated and licensed markets [in the EU], we have a good record so far.”


Complicating matters outside of Europe are the highly diverse approaches to gambling, with, for example all forms banned in mainland China and much of the Middle East. “Given the extent that gambling and e-gambling is illegal in many places, then with AML legislation, it makes all gambling money laundering, but that's not a helpful way of thinking about it. You need to know if people are trying to launder money,” said Michael Levi, professor of criminology at Cardiff University, Wales and author of the 2009 report 'Money Laundering Risks and E-Gaming: A European Overview and Assessment.'


In the US, e-gambling is only allowed in Nevada, New Jersey and Delaware. In theory it is illegal to engage in games of chance online in other states – but with notable exceptions: Native American tribes operate 460 gaming facilities in 28 states, according to the AGA. “The American position on e-gambling seems to be born more from the puritanical roots of the country rather than any particular money laundering concern,” said Mark Methenitis, vice chair of the International Bar Association's (IBA) electronic entertainment and online gaming subcommittee in the US. “However, as we're seeing the beginnings of a shift in the stance, with online gambling legal or soon to be legal in a handful of US states, money laundering may become a more major focus if the legalisation continues to spread.”

So, what, exactly, are the money laundering risks of e-gambling? Mike Levi holds that, in the EU, they are “comparatively modest due to the high traceability of e-gaming transactions and the customer identification controls in the regulated sector.” Indeed, licensed e-gambling companies have chosen to comply with the existing Third EU AML Directive (3MLD) and adopted codes of conduct issued by the RGA and the European Gaming and Betting Association. Furthermore, the Fourth EU ML Directive proposes a threshold of Euro EUR2,000 (USS2,728) on e-gambling, above which enhanced due diligence needs to be carried out by the website or e-gambling company, which would also be required to file suspicious transaction reports.


Nevertheless risks remain related to micro-laundering and the anonymity that the web can provide: fake identities could potentially be used to open e-gambling accounts. “Remote gaming is a method often used by launderers to move money from one payment gateway to another. The money launderer may not reveal his identity to the gaming firm as multiple accounts using stolen identities can be used to collect his 'winnings', for example, in poker tournaments by ‘chip dumping’ [intentionally losing to another player] - and the multiple accounts often skim beneath regulatory identification reporting thresholds,” said Seona Devaney, director of the consultancy Frisk Online Limited, in the UK. She said the vulnerability arises where e-wallets receive winnings from multiple accounts linked to false identities. Person-to-person transfers are allowed by such systems, and money can be channelled to a central individual (who may actually exist) and who commands a high value transaction limit for collecting payments within an e-wallet: “The main collector may act as an unlicensed e-money exchanger, withdrawing the proceeds of crime, and routing funds elsewhere on request of the launderer,” she said.
Which said, Brendan O'Connor, founder of Malice Afterthought Inc, a US-based security consultancy, believes the risks of e-gambling as a money laundering tool are overstated, although also, he concedes, difficult to control. “In general, attempting to place restrictions on things like e-gambling only prevents law-abiding citizens from gambling, while it doesn't restrict criminal organisations at all. Even if the EU placed a ceiling of EUR5.00 (USD6.82) per day [on bets], the ability to create a near infinite number of accounts - something not stopped by any identification law, no matter how draconian - would enable criminal organisations to launder money despite the restrictions,” said O'Connor.
Jean-Loup Richet, information systems service manager at Orange and Research Fellow at the ESSEC Business School in France, has observed that online gaming is a way to avoid basic AML monitoring, but thinks there is greater potential for money laundering in e-gaming systems that use online currencies. “Laundering money into an online game currency is an obfuscation technique, like creating shell companies and corporate vehicles. It reduces global traceability, and it's cheaper and easier - one doesn't need a lawyer that can give him up, doesn't need straw men and so on.” Moreover, it is less regulated than e-gambling per se, said Richet.

Posted by Paul Cochrane at 2:41 PM

Surely this is a site well worth seeing.

with the inspiration given makes me too read the content on this website, extraordinary. read this too guys Situs Slot Terpercaya

I have found that this site is very informative, interesting and very well written. keep up the nice high quality writing. Online Gambling Singapore