'Digital Suez': How the internet flows through Egypt - and why Google could change the Middle East

Most web traffic between Europe and Asia passes through fibre optic cables crossing Egypt. Could a proposed new route through Israel and Saudi Arabia break the 'Red Sea bottleneck'? 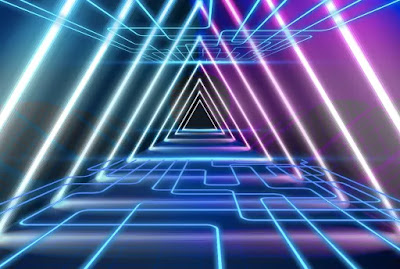 Most internet traffic between Europe, the Middle East and Asia passes through Egypt (MEE/Illustration by Mohamad Elaasar)

Middle East Eye: There are only a few historically strategic transit points around the Mediterranean Sea: the Strait of Gibraltar, the Bosphorus, and the Suez Canal.

While the Suez Canal has been a jewel in Egypt’s crown since 1869, netting the country some $5.6bn in revenues in 2020, it accounts for just eight percent of world cargo shipments.

But Egypt’s location as a fibre optic cable hub, linking Europe, Africa, the Middle East and Asia, means up to 30 percent of the global population’s internet connectivity transits through the country.

“If you want to route cables between Europe and the Middle East to India, where’s the easiest way to go? It is via Egypt, as there’s the least amount of land to cross,” says Alan Mauldin, research director at telecommunications research firm TeleGeography in Washington DC.

Egypt, through its state-owned monopoly Telecom Egypt (TE), has successfully capitalised on its position to entice cable operators to transit the country.

“It is one of Egypt’s trump cards, like the Pyramids, which never goes out of fashion. They are used to making business out of transit and tourism, but now they’re doing it with data. It is a digital Suez canal, which trades on its geopolitical position,” Hugh Miles, founder of Arab Digest, in Cairo, told Middle East Eye.

There are 10 cable landing stations on Egypt’s Mediterranean and Red Sea coastlines, and some 15 terrestrial crossing routes across the country, of which 10 are operated by the Egyptian telecom giant, spanning a region stretching from the Mediterranean as far as Singapore, according to TE.

To read the rest go to:  https://www.middleeasteye.net/news/google-egypt-suez-digital-internet-flow-change-middle-east

Posted by Paul Cochrane at 9:12 AM