Middle East Eye
Lebanon's financial woes have further hit the flow of dollars in Syrian markets, as Damascus deals with a crumbling economy 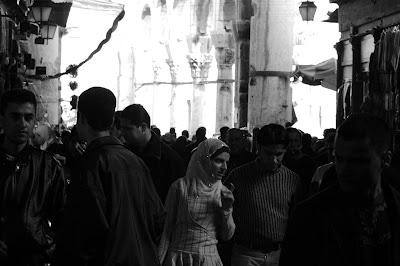 When the United States, the European Union and the United Nations imposed sanctions on Syria in the first year of its civil war in 2011, they were intended to financially squeeze the government of Bashar al-Assad.
But Lebanon was also caught in the crosshairs, pressured to curb Syria's access to the global financial system given the longstanding banking ties between the two states.

When Syria nationalised its banks in the 1960s, it was to Lebanon that private capital fled. Banks were established there by Syrian investors, such as BLOM Bank, the country’s third largest, which is still managed by the Azhari family.
"It's pretty historical in terms of the relations between the Syrians and the Lebanese banking sector," said Jihad Yazigi, editor of the Syria Report, an economics news bulletin.

Throughout the Lebanese Civil War (1975-1990) and the Syrian occupation until 2005, it was Lebanon that acted as a foreign exchange hub for Damascus. Syria had been a closed economy, and it had been illegal to trade dollars outside of state-owned banks.

After the Syrian withdrawal following massive demonstrations in Beirut in the spring of 2005, and the liberalisation of the Syrian economy, Lebanese banks opened five affiliates in Syria.

"The dependency on Lebanon decreased as international transfers were allowed [in Syria], although Lebanon was considered safer, and had banking secrecy," said Yazigi.

Indeed, leaked US embassy cables from 2008 stated that individuals close to the Assad elite had accounts under different names in Lebanon, including sanctioned billionaire businessman and cousin of Assad, Rami Makhlouf.

To read the rest go to Middle East Eye
Posted by Paul Cochrane at 3:48 PM

DO NOT KEEP YOUR FINANCIAL BURDEN TO YOURSELF CONTACT US NOW FOR ANY KIND OF LOAN AT A LOW INTEREST OF 2%. stevewilsonloanfirm@gmail.com whatsapp: +16673078785


Our loans are well insured for maximum security is our priority, Our leading goal is to help you get the service you deserve, Our Loan program is the quickest.

We give out loan in any currency of your choice {Us Dollar, pounds, Euro, Dinar, etc} and duration of 1 to 30 years to pay back the loan (secure and unsecured).
Do you need any kind of loan and have low credit score, Have you find it difficult to get loansfrom local banks and other financial institutions? solution to your financial problem is STEVE WILSON LOAN FIRM.


Hello Everybody,
My name is Ahmad Asnul Brunei, I contacted Mr Osman Loan Firm for a business loan amount of $250,000, Then i was told about the step of approving my requested loan amount, after taking the risk again because i was so much desperate of setting up a business to my greatest surprise, the loan amount was credited to my bank account within 24 banking hours without any stress of getting my loan. I was surprise because i was first fall a victim of scam! If you are interested of securing any loan amount & you are located in any country, I'll advise you can contact Mr Osman Loan Firm via email osmanloanserves@gmail.com