IS, and will be yet - Islamic State and Terrorist Financing 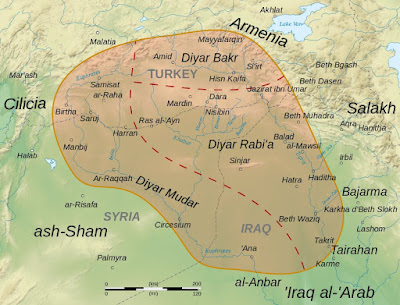 The oil price may have dropped but Islamic State runs varied funding streams, making it brutally resilient. New thinking on financial lines of attack may be needed, discovers Paul Cochrane, in Beirut.


The Islamic State is touted as the wealthiest terrorist organisation on the planet, yet the financial war against the group is stumbling, highlighting deficiencies in methodologies and approaches to countering the financing of terrorism.

There has been no shortage of effort against the IS, including: UN Security Council Resolutions– for example 2199 (2015), requiring member states to do all they can to prevent its financing; the Financial Action Task Force (FATF) has published an extensive report on the group's funding; a Bahrain-hosted November 2014 meeting of counter terrorist financing (CTF) experts result in the Manama Declaration, which set out policy proposals; and Italy, Saudi Arabia, and the United States co-established a Counter-ISIL Finance Group in Rome. Despite such measures, ISIL goes from strength to strength in northern Iraq and Syria.

Black gold behind the black flag

“Twelve months ago everyone was saying ISIL [Islamic State of Iraq and the Levant] is incredibly wealthy from oil. Although it seems its ability to rely on oil revenue has declined considerably since then, it is still functioning reasonably well,” said T
om Keatinge, Director of the Centre for Financial Crime and Security Studies at RUSI in London.

Indeed, reports suggest IS was generating millions of dollars a day in oil revenues, either sold in territory under its control, smuggled over borders or, in a curious twist, sold to the Syrian regime. The group appears to have weathered the recent drop in oil prices and adapted.

“When IS first started to control territory there were a number of jackpot events; there may or may not have been a large quantity of money in the Central Bank in Mosul, and it took oil storage facilities and agricultural stores. That was phase one, using resources it gathered. Now it needs to raise finance from day to day, like any other governing authority, something it seems to do effectively albeit by imposing increasing taxes on people and businesses,” said Keatinge.

Furthermore, ISIL appears to be getting around many of the financial controls arrayed against it. Jimmy Gurule, Professor of Law at Notre Dame University in Indiana, and a former undersecretary of the US Treasury, describes the CFT strategy against the group as “weak and ineffective,” saying the efforts by FATF and the US Treasury have been “misguided”.

“There are a couple of obvious observations – one, not going after the money, and if there is a strategy, it's been largely ineffective. Secondly, the current strategy is based on the old Al Qaeda model, so we need to do something different,” said Gurule.

While FATF recognises that IS presents “a new form of terrorism” and that its financing is a “constantly changing picture,” Gurule criticises the focus on money going to IS, and not out from its territories. “When money comes in typologies makes sense, but for services (ISIL needs) that is money going out, and I don't think typologies work there. Let's target service providers that help ship or transport oil, and impose sanctions on these providers,” he said.

He cited the lack of IS-linked designated individuals under US Executive Order 13224 on blocking terror funds as indicative of the difficulties of going after external financiers. “I testified before a Congressional hearing last November (2014) and I pointed out the paucity of designations, just three that worked on raising money for ISIL,” he added.

To Gurule, part of the problem is treating ISIL as a non-state actor when it controls land and is operating like a government. The international community “doesn't want to recognise it as a government or at the UN but it's a defacto state. Because of the way it's generating revenues it shouldn't be treated merely as a terrorist organisation. If it is state like, governs resources and provides services, then it needs to be treated like a state to change its behaviour. That strategy should include second tier economic sanctions that have been relatively effective against Iran.”

In February, following the release of the FATF report, a senior international AML/CFT export told MLB that “there may need to be some changes to typologies, but the existing machinery is likely to be adequate. We will be doing a typological renewal, having another look at the ways finances flow.” A new report is slated to be published in October (2015).

“I do think there is a need for a typology review, and the FATF report has been an excellent tool for the private sector,” said Jon Byrne, Executive Vice President of the Association of Certified Anti-Money Laundering Specialists (ACAMS). “The new head of FATF is actively seeking input from the private sector, and this has become increasingly important as ISIL has access to oil and other revenues, and money has to go somewhere, through legitimate institutions.”

To John Cassara, a former US Treasury special agent, the fight against IS has fallen short in its approach to trade-based money laundering; he argues a new methodology that adds to a fact-finding intelligence report would “break some new ground.”

“I would urge FATF, instead of getting experts with a PhD from the US or UK to (address shortcomings), to get them from MENA-FATF. Get the Lebanese, the Saudis involved, those that know the region and what needs to be reported,” he said.

With IS using multiple streams to generate funds, new typologies may need to address certain revenue streams. “The potential exfiltration of value – antiquities – is a risk spot. It is striking how little the UN appears to know about this trade. Everyone says its happening, but where is the evidence and the facts? That's where the argument stops,” said Keatinge.

An approach to tackling the smuggling of artefacts from ancient sites in Iraq and Syria that IS now controls, such as Palmyra in eastern Syria, should also include looking for orders for items. “I heard from a source that when Palmyra was overrun (in May 2015) you could ask for a specific piece. So apparently there is a pull as well as a push factor,” Keatinge added.

Gurule also raised the issue of antiquities traded on the black market. “Selling stolen artefacts is generating tens of millions of dollars, but what are the typologies?” Kidnap for ransom has also been identified by FATF as a key revenue stream for IS. “Is there a typology for money generated from the release of hostages? If the family of a victim agrees to pay $1.2 million, how is that money transferred? Are ransom payments being deposited in offshore bank accounts or disguised as donations to charities or NGOs?” said Gurule.

Human trafficking is a further area of concern. “Is IS making money from human traffickers as they seek to traffic migrants through areas under its control?” said Keatinge.

Whether typologies ought to be made public, and risk enabling IS to wise up to CFT efforts is also in question. Byrne cited the example of banks looking for account-holders who suddenly fall off the grid, and are then found to be withdrawing cash in Turkey. In another example, potential fighters or funders give a third party their ATM cards to withdraw cash in another country, such as Italy, and then the cash is taken to IS territory. “But any time you make typologies public they become stale. I think it is about staying as current as much as you can, as IS is obviously able to get hold of information so much easier now through social media,” said Byrne.

FATF's report downplayed the role of foreign 'deep pocket' funders behind IS, despite a statement in 2014 by US Vice President Joe Biden that fingered supporters in the Gulf, and other reports that have surfaced. MLB has also reported on donations and funding from the Gulf, particularly Qatar and to a lesser degree Kuwait, Saudi Arabia and the United Arab Emirates (see http://backinbeirut.blogspot.com/2015/03/islamic-state-model-of-modern-terrorist.html).

Financial institutions are certainly keeping an eye on Gulf countries. “It is all very well for international banks to do their bit to interrupt IS financing, but the regulatory and enforcement structure in surrounding countries (bordering Iraq and Syria) represent possible vulnerabilities and ways IS funds could get into the international system,” said Keatinge.

The Gulf has made public moves to show it is trying to counter ISIL financing, such as organising the Manama Declaration on CFT in November 2014, but Keatinge suggests this rhetoric needs to be reinforced by continued raising of regulatory and enforcement standards.

Cassara believes more pressure should be brought on the Gulf states. “Even though for the most part they have adhered to the FATF recommendations and put in place compliance programs, with some exceptions enforcement has been somewhat lax,” he said. “If the West comes to them with a case, 'look at this', they'll do it, unless (it involves) a politically exposed person (PEP), but they rarely use their own initiative, and that is frustrating as they know what is going on or should.”

Image via Wikicommons
Posted by Paul Cochrane at 2:46 PM