Energy World magazine
www.energyinst.org/information-centre/ei-publications/energy-world
Renewables are only now beginning to feature in the northern African country of Egypt, which has yet to adopt nuclear energy. Rather, the government is dealing with relentlessly rising demand, writes Paul Cochrane in Cairo 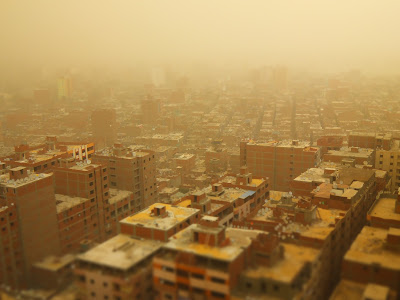 The Egyptian energy sector is facing numerous challenges in the immediate and long term, mirroring how the country is struggling to secure political stability. Insufficient power supply is resulting in sporadic power cuts in the major cities, driving up sales of private generators. Billions of dollars are owed to international oil companies in arrears. As big a concern is Egypt remaining a net importer of energy to meet demand needs, with natural gas imports likely to continue until 2020 (despite the country’s healthy reserves), while ambitious targets for renewable energy may not be met.
The Egyptian government has been scrambling to get a handle on the energy situation, complicated by the political unrest in the country since the 2011 uprising that overthrew former President Hosni Mubarak. Even prior to the unrest, Egypt was struggling to meet its projected energy demand.
The instability made things worse, causing a drain on the state’s finances, economic growth spluttered, and energy and food subsidies rose to account for 20% to 25% of government spending, according to Middle East Economic Survey (MEES) figures. Foreign reserves also plunged, by nearly two-thirds as of 2015, according to International Monetary Fund figures, and the currency was devalued.

Strapped for cash, the government in Cairo began to default on payments to foreign energy companies, owing $7.5bn as of June 2014, according to figures from Egypt’s ministry of electricity and renewable energy.
Natural gas exports plunged from 535bn cubic feet (bcf) in 2010 to 259 bcf in 2012, according to US Energy Information Administration (EIA) data, while domestic consumption of natural gas, which accounts of 53% of power generation, rose from 45 bcf in 2010 to 51 bcf in 2014; production is 5.4 bcf per day.
In 2013, the state started diverting its liquefied natural gas (LNG) away from its two exporting plants, with the one run by Spain’s Unión Renosa Gas, in Damietta, north-east Egypt, stopping that year, and the BG Group citing force majeure to shut its plant in January 2014.
President Abdel Fattah Sisi, elected in May 2014, has put energy at the top of his agenda, aware that the power cuts during the Muslim Brotherhood’s rule were a contributing factor in fuelling discontent with President Mohamed Morsi. Radical reductions to subsidies were imposed in July 2014, with prices of petrol, diesel and natural gas rising by 40% to 175% – an average of 76% – with fuel and electricity subsidies to be gradually eliminated over five years. 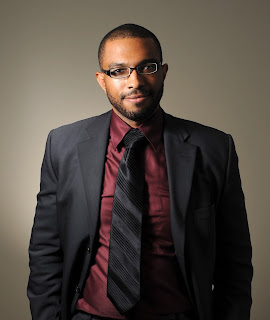 Justin Dargin said "it is an impossibility for Egypt to be able to lower aggregate demand due to demographics."

At the World Future Energy Summit (WFES) in Abu Dhabi in January this year, Sisi announced a range of plans and reforms for the sector. Key measures included increasing oil and gas production, diversifying power production through the use of clean coal technology, nuclear energy and renewables. Sisi set a target of 20% of the country’s power supply to come from renewable energy by 2020, aiming to install 4,300 MW of solar and wind power within three years.
This would contribute to the 12 GW that needs to be added to the grid over the next five years, estimated to cost $12bn.
Energy consumption has surged over the past decade, rising from 57mn tonnes of oil equivalent (MTOE) in 2003 to 87 MTOE in 2013, according to the BP Statistical Review of World Energy 2014. In power production, Egypt has added 10.2 GW over the past 15 years, bringing installed generating capacity to 30 GW, but operational capacity is only between 22 GW and 23 GW due to a lack of fuel, according to ministry of electricity and energy 2014 figures.
While per capita electricity consumption is low by global and regional standards at 1,740 kWh (neighbouring Libya is 3,930 kWh and Saudi Arabia 8,150 kWh), according to World Bank data for 2011, it is burgeoning population growth that is driving up demand at an average of 7% a year. The population reached 85.5mn in 2014, up by 13mn on 2006 figures, according to the government’s Central Agency for Public Mobilisation and Statistics.
Reducing demand is not considered a possibility as a result. ‘It is an impossibility for Egypt to be able to lower aggregate demand due to demographics, with 1.3 children born every minute, so demand is going to continue to rise unless the state does a family planning programme like Tunisia did in the 1970s and 80s,’ said Justin Dargin, a UK-based Middle East energy expert at the University of Oxford. ‘But the subsidy reformation programme shows that the government is serious about mitigating the stark growth in energy demand.’ 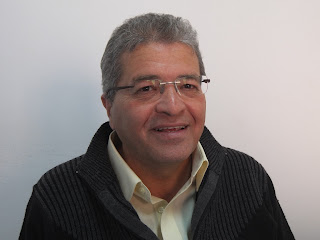 Dr Elagamawy thinks the government forecast of 20% of energy to come from renewables by 2020 is optimistic. Around 15% could be achieved.

Subsidies aside, where the government is working to reduce conventional energy consumption
is at the household, company and industrial level by introducing last September a feed-in tariff scheme for renewable energy installations.
But while tariffs were released for photovoltaic installations, making use of Egypt’s abundant sunshine and ranging from less than 50 kWh for residential systems to over 20 MW, the scheme will not be available to all households.
‘Not all inhabitants are allowed to install a PV system, as there are certain requirements, like roof space, and the ability to make such investments,’ said Dr Hisham El Agamawy, energy advisor at the Egyptian Association for Energy and Environment (EAEE) and b former advisor to the country’s environment minister.
He believes the potential for smaller-scale solar power installations to be in the new residential and industrial cities springing up on the outskirts of the major metropolises, such as those being developed around Cairo.
Feed-in tariffs were also extended to wind power at the end of 2014. The country has three primary regions to generate wind power, at Hurghada on the Red Sea coast, in the Nile Valley, and in Gebel El-Zeit on the Gulf of Suez. ‘A lot of companies have been certified by the New and Renewable Energy Authority (NREA) to start installation and supply, ranging from 5 kW to 500 kW,’ said El Agamawy.
Indicative of interest in solar and wind power, in January, 177 international consortiums bid for 67 tenders to develop 4.3 GW of projects. According to the NREA, 40 are solar power projects, the rest wind energy projects. In February, the Bahrain-based Terra Sola Group proposed investing $3.5bn in a project aiming to develop solar photovoltaic technology in Egypt.
As for hydroelectricity, it already provides 3% of energy, according to the EIA, and room for further expansion is limited to meet agricultural needs. Expansion of renewables is therefore focused on major expansion of solar and wind, which currently together account for just 1% of current energy consumption. El Agamawy thinks that while the government forecast of 20% of energy to come from
renewables by 2020 is optimistic, around 15% could be achieved.
Mohamed Kassem, General Manager of Nanotech International for Industry and Trade, which develops solar systems, thinks the recent tenders will push production immensely.
‘Once these projects happen over the next couple of years, this should increase the percentage of solar power. With higher electricity prices due to the dismantling of fossil fuel subsidies, Egypt can try to close the price gap with the more expensive renewables, and the feed-in tariff makes it more attractive. We expect more investments,’ he said.
Dargin on the other hand is less optimistic. ‘It is still chaotic in renewables as they can’t get
primary production under control, so Egypt will be hard-pressed to increase to 20%. They are focused on doing anything necessary for energy demand, if that means importing coal, so be it. Environmental concerns are quite secondary,’ he added. 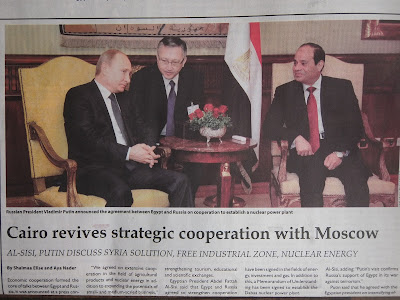 Coal has not been a part of Egypt’s energy mix – it relies on coal imports - but is considered more logistically viable than more gas and oil-powered plants. Clean coal technology is being pushed
by the government, in line with European Union (EU) regulations, and Cairo plans to offer tenders this year for coal plants to produce 4 GW. However, the government is facing opposition to coal power for environmental reasons. If the plans go ahead, El Agamawy said power plants will be located in the northern desert to ‘have minimal impact on Cairo or other governorates.’
Another possible avenue is nuclear. Cairo has considered nuclear power for decades but lacked the funds to move beyond research and development at its Dabaa nuclear site near Alexandria on the Mediterranean coast. There was renewed interest in 2011, with announcements to develop four nuclear power plants by 2025, and on a state visit to Moscow in 2013, former President Morsi invited Russian participation.
In February this year, Russian President Vladimir Putin visited Cairo, leading to an agreement with the Egyptian Nuclear Power Plants Authority for state-owned Rosatom to construct a nuclear power plant with a desalination facility. Two nuclear reactors of 1,200 MW each are to be built, with the prospect for a further two.
El Agamawy said there is not expected to be major opposition to the nuclear power plant due to the energy shortages, but had hoped the bid would have been competitive, as with the tender for the United Arab Emirates’ Braka plant, in Abu Dhabi. ‘We were surprised by this agreement, expecting an international tender to compare all nuclear technologies, especially after what happened in the Emirates when there was competition between French and Korean firms, but maybe the circumstances are imposed on us to cooperate directly with the Russians,’ he said.
Another pledge from Sisi at the WFES was to pay off its outstanding debts to international oil companies to get exploration and production back on track. As of December last year, Cairo had paid off a further $2.1bn. ‘There is still $3.1bn left to pay, but it has come to an agreement the international oil companies have more or less signed off on, so it is not just words and shows they’re [Egypt] putting their money where their mouths are,’ said Dargin.

In the immediate term, Egypt is considering buying gas from Israel, and in March will receive its first shipment of imported LNG. Egypt’s petroleum ministry said in February that Egypt expects to stop importing gas and resume exports by 2020 as exploration and development projects gets underway. The official added that Cairo had inked 56 oil and gas exploration contracts worth $12bn since November 2013.
However, domestic demand for gas is set to continue outstripping production for years to come, while around 75% of gas reserves are in deep offshore waters, requiring greater investor investment and risk to extract.
‘These investments will take some time and massive investments to bear fruit. Considering the significant domestic investments and some reforms and caps on domestic demand, it is a possibility to export LNG in the future. But I think the strategic focus of Egypt in the short to medium term is to satisfy domestic and downstream demand. It is not like in the early 2000s with exports of LNG for revenues,’ said Dargin.

Photos by Paul Cochrane, except image of Justin Dargin, courtesy of Mr Dargin.

Posted by Paul Cochrane at 7:23 PM