Mist on the Nile – an Egyptian Record 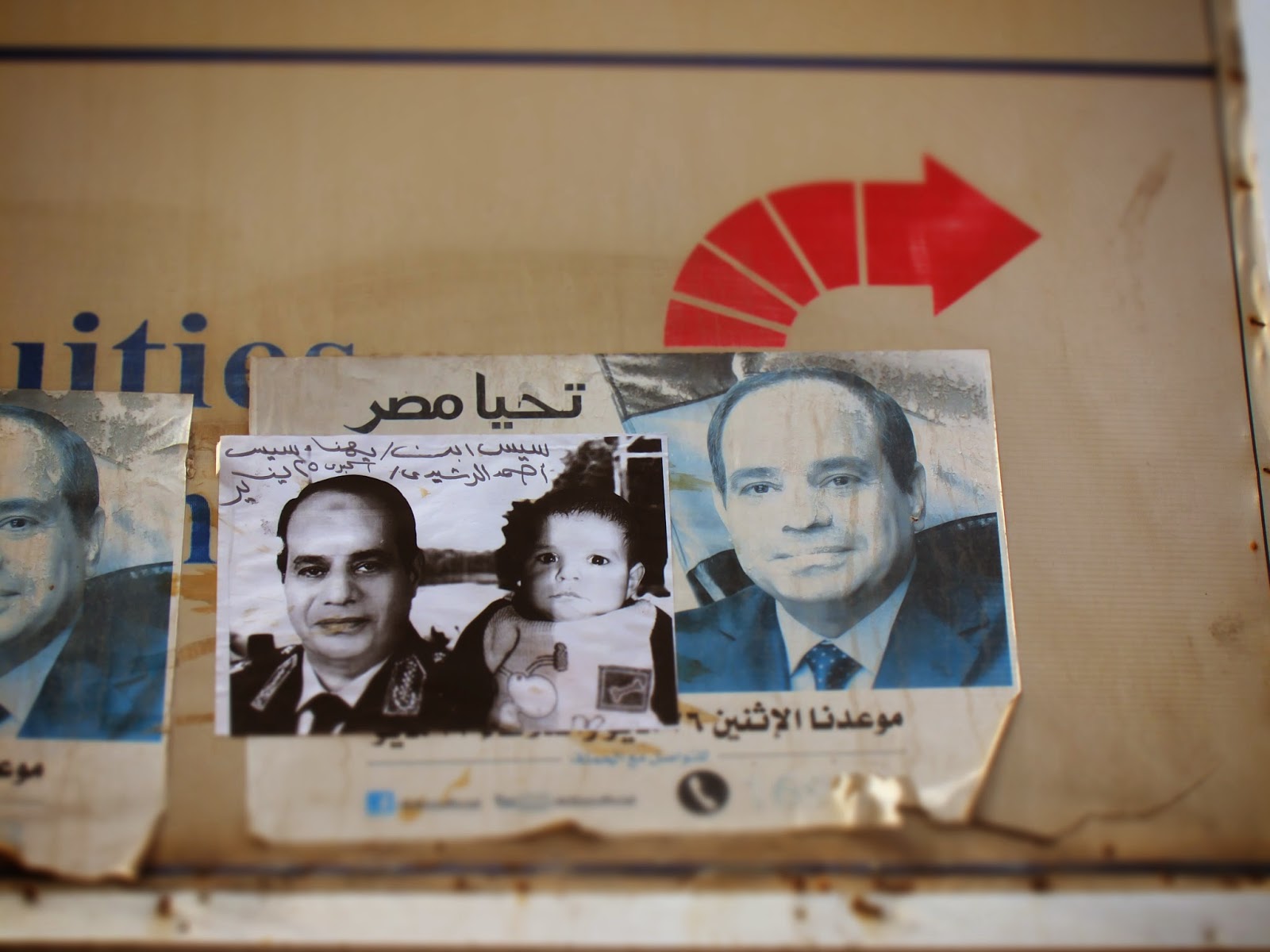 Political turmoil in Egypt since the uprising that ousted President Hosni Mubarak four years ago has served anti-money laundering as both stimulus – through pursuit of embezzled state funds – and brake with delays in the introduction and implementation of new supervisory standards and good practice. Paul Cochrane reports from Cairo.

Unrest and Context
There were high hopes that Egypt was embarking on a new, clean financial era following mass protests in January 2011 that ousted President Hosni Mubarak. Popular calls for an end to the corruption and cronyism that had characterised Mubarak's 30 year rule appeared to be heeded.
In April 2011, Mubarak along with his sons, Alaa and Gamal, were arrested for misuse of government funds. In July 2011, former interior minister Habib el-Adly was convicted and sentenced to five years for involvement in a no-bid government contract that squandered some US$15 million. Former Prime Minister Ahmed Nazif was arrested for "squandering public funds and profiteering." The foreign accounts of Mubarak and other high-level officials were frozen in Switzerland, Britain, Canada and the European Union (EU), pending investigations.
In the meantime, Egypt went through more political turbulence following the Muslim Brotherhood coming to power in 2012 with Mohamed Morsi elected president. In July 2013, following further mass demonstrations, Morsi was put under house arrest, with the military taking control of the country, formalised with the election of General Abdel Fattah el-Sisi as President in April 2014.

Qualified Progress
Despite the political chaos, Egypt does seem to have made progress in fighting money laundering. The US State Department in its 2014 International Narcotics Control Strategy Report noted that: “In the past two years, the Government of Egypt has shown increased willingness to tackle the issue of money laundering, especially with regard to investigating allegations of illicit gains or corruption of public figures and organisations.”
But this has been far from a spotless record. There have been no anti-money laundering legislative proposals in the past two years. El-Adly and Nazif were both cleared in February (2015). Mubarak's sons, who were convicted for embezzling over US$13.5 million in state assets in May 2014, were released in January under a technicality in Egyptian law as they had served the maximum period of 'preventative detention'. It is a sore point with advocates for greater accountability. “They knew how to hide everything,” said a compliance officer at an Egyptian bank who wanted anonymity.

Judicial investigations dealing with frozen assets abroad have not moved forward either. “The handling of the looted funds of Mubarak's regime was very badly handled, starting from the Morsi regime and ending with the Sisi regime. They spent a lot of money appointing famous legal firms abroad but without proper documentation or court orders. Counterparts were not able to release or breach banking secrecy,” said Hany Abou-El-Fotouh, president of Alraya Consulting and Training in Cairo.

Corruption costs
Meanwhile, corruption remains a major issue in Egypt. According to an interview with the head of the Central Auditing Organisation aired on Nile News TV in November 2014, financial and administrative corruption is estimated to cost Egypt around USD28 billion a year. Egyptian media reported in January that the country’s Administrative Prosecution Authority investigated 151,000 corruption cases in 2013, an increase of 80,000 cases on 2012, and more than double the cases in 2011.
Which is good news. But while the prosecutor is being more active, this does not always extend to public tenders. “We are in a similar situation, in a broad sense, to the South American military dictatorships of the 1980s. Sweeping legal reforms are taking place in secret through a committee made of judges connected to the president. We don't have any judicial oversight of the administrative court, or of public contracts,” said Amr Adly, a nonresident visiting scholar at the Carnegie Middle East Centre, in Cairo.

Military intervention – in the economy

To get the economy back on its feet, the government is trying to attract US$15-20 billion a year in foreign investment, particularly from Gulf allies the United Arab Emirates (UAE) and Saudi Arabia, which have been providing financial aid. The government organised an Egypt Economic Development Conference which was to be held in mid-March (2015) in the Red Sea resort of Sharm el-Sheikh, with some US$12 billion earmarked for infrastructure projects. Many of the major infrastructure projects, however, are expected to be carried out by the military, with its commercial arms estimated (by a leaked US government diplomatic cable) to account anywhere from 5% to 30% percent of the overall economy.(1) “Since the military came to power they are having an expanded economic role, with mega projects financed by the state and executed by the military, driving out the public sector. Emirati (firms) are asking for direct partnership with the military to avoid tenders and inefficient bureaucracy,” added Adly.

Terrorist finance
Despite this torpor over public contracts, the authorities are more active in enforcing the rule of law is in its own domestic CFT (combating the financing of terrorism).
In December 2013, Sisi designated the Muslim Brotherhood – formerly in government - a terrorist organisation. The move was followed by Gulf allies Saudi Arabia in March 2014, and the UAE in November, 2014. Previously, only two other countries had listed the group: Russia in 2003, and Syria in October 2013.
The security forces have detained an estimated 41,000 people on political charges since Morsi's ouster, according to European Parliament figures from January 2015; some 29,000 of that figure were arrested for suspected ties to the Muslim Brotherhood. Prominent members of the Brotherhood have been arrested and had assets seized by the state, including two supermarkets run by businessmen with alleged links to the group. In February, 2015, 169 non-governmental organisations (NGOs) linked to the group were dissolved, with funds and property seized.

Compulsive viewing; inadequate screening
The Central Bank of Egypt (ECB) sends financial institutions blacklisted names and accounts to be blocked that includes the Brotherhood, said the compliance officer. Not all of those arrested for ties to the Brotherhood are being blacklisted. “If there's no proof from the ECB, a customer cannot be prohibited. Otherwise, we'd need to sit in front of the TV all day to see who is named [by the authorities to carry out due diligence], which wouldn't work. We don't know if somebody voted for or supports the Brotherhood,” said the compliance officer. Family members of Muslim Brotherhood leaders are “the ABC of politically exposed persons (PEPs),” he added.
The ability of banks to screen blacklisted names and designated individuals by the Egyptian and international authorities is complicated by only 10 out of the country's 40 banks having adequate software, added the compliance officer.

“Automated screening systems are not widespread. With the exception of the big banks, most just perform basic checking on either manual lists or databases. This is one big hurdle and challenge for the sector,” said Abou-El-Fotouh. “Very few buy these filters to screen blacklists, so how would they identify a potential Brotherhood leader and associates? They wouldn't be able to identify these persons because of their screening techniques.”
Such shortcomings in screening may be addressed soon. “At the last ECB meeting they said such software may become mandatory, to save banks from United States Office of Foreign Assets Control (OFAC) sanctions,” said the Middle East bank compliance officer.

KYC – an aspiration
The last know-your-customer (KYC) update from the ECB came in 2011. Such compliance is not always up to par. “Mostly HR people are hired for customer service, and they have to do KYC, insisting on filling four or five pages with signatures, but the problem is they don't see what is being done with the form in the back office. If I say my annual income is [Egyptian Pounds] EGP 50,000 [USD6,565], and want to open account with EGP500,000 [US$65,659), is anyone stopping me? No,” said Ahmed Hussein, partner at Developers for Training and Consultancy (DTC), in Cairo.
Complicating overall compliance and regulating the sector is that just 7% of Egyptians are estimated to have a bank account, according to Dubai-based online payment provider PayFort; Egypt's population is 88 million. Furthermore, 80% of GDP is estimated to come from small-and-medium-sized enterprises that are unregulated and part of the informal economy.
“Banking culture is not clear to all Egyptians and people like to keep money at home. KYC is new to society; some people are annoyed if you ask them if they are married, have kids, or rent or own a place,” said Hamdy El Sayed, partner at DTC.

One potential engine of reform is the main financial regulator the Egyptian Financial Supervisory Authority (EFSA) which was established in 1997, and has been active in relation to improving financial control standards, especially at the Egyptian Exchange (the stock exchange). However, the political upheaval has delayed implementation of recent international standards on, for example, corporate governance.
Abou-El-Fotouh is not that impressed though: “The EFSA is far behind international best practices - they have their own local issues, particularly after the revolution.”

FATF scorecard
Egypt was one of the founding members of the regional AML body MENA-FATF, and was last subjected to a FATF Mutual Evaluation Report in 2009. Egypt was deemed ‘compliant’ for five and ‘largely compliant’ for 20 of the 40+9 Special Recommendations; it was ‘partially or non-compliant’ for three of the six core Recommendations, notably regarding regulation, supervision and monitoring of designated non-financial business and professions (DNFBP).
As regards the Special Recommendations, Egypt was deemed partially compliant in implementing UN instruments; criminalising terrorist financing; freezing and confiscating terrorist assets; international cooperation; wire transfer rules; and cash at border declaration and disclosure systems.
“The ECB is strong, but they are not as strong as they should be,” said Abou-El-Fotouh. “I severely criticise [the country’s financial intelligence unit – (FIU)] the Egyptian Money Laundering Combating Unit,” he said, as Egypt's Anti-Money Laundering Law and its Amendments No.80 of 2002 stipulates that an FIU should have annual statistics on cases and STRs (suspicious transaction reports) filed by financial institutions, “but until today, 10 years since it started, I haven't seen any.”
According to El Sayed, STRs are only shared with other FIUs. The US State Department (2014) reported that 1,549 STRs were received by the Egyptian Money Laundering Combating Unit, which is part of the central bank, between July 2012 and June 2013. There is no data on prosecutions, while El Sayed said there has been “no public naming and shaming.” The ECB's FIU did not respond to interview requests.

Notes
1) According to a leaked US Embassy cable from 2008, the Egyptian military “retains direct economic management of one-third of the Egyptian economy.”
Posted by Paul Cochrane at 6:55 PM